I was driving through a neighborhood and saw what appeared to be a replica of a human figure hanging.  The hardest part about the Halloween season is that it flaunts our cultural obsession with evil.  Some of this may be designed to desensitize us to the negatives associated with evil.  A common expression is to vote for “the lesser of two evils” or “better to have the devil we know than the devil we don’t know”.  My question is: “Why vote for evil or the devil?”  We can do better than this.

While eating dinner, my 22 year old son asked me why some people think they are throwing away their vote if they give it to someone other than the presumed winner.  He said, “People throw their vote away if they vote for the one more likely to win because that vote isn’t necessary.  If you really want to make your vote count, vote for the one who best reflects your values, because that is where you will make the biggest difference.  Anything less would be disingenuous and would be throwing your vote away.”

Why can you safely handle choosing from 100 different kinds of cereal, but the power brokers (and some friends) are forcing us to think we only can handle two choices for Lt. Governor?  If you need help and don’t want to do your own research, there are organizations who can do it for you.  Here are some links to some credible websites that will help you: 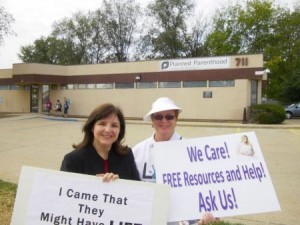 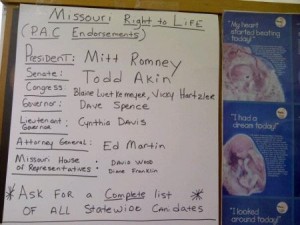 You may see many additional questions on your ballot.  Each county is allowed to ask the voters about a myriad of changes in their laws which are specific to the county.

Here are the four questions that will appear on every ballot:

The problem this seeks to solve is that some Judges are not very good.  This ballot question emerged from the dissatisfaction people have with our judges.  The current system has allowed us to have both good and bad judges appointed.  The quality of the judges cannot be directly attributed to the process whereby they became judges.  I am not convinced that a change is going to correct the underlying problem—which whether the judge possesses a philosophical inclination to be constitutional.

This question deals with  how to appoint judges, not what is wrong with their jurisprudence.  If your car needs a brake job, changing the brake fluid won’t fix it.

When I was in the legislature, we heard this proposal and I voted against it back then.  This proposal still doesn’t solve the root cause and could jeopardize the $600 million pension fund.  My constituents who work for this department told me that this fund was paid into by the police officers, yet if bad people gain access to it, it can be frittered away.
If we were about to start from scratch, I would set up the police department to take care of their own issues, but the state control has been in place for so long, it is unlikely that this will result in anything positive.  The current mayor of St. Louis may be trustworthy, but what if St. Louis elects a bad mayor and he squanders the pot?  The problem with the St. Louis Police Department is corruption.  The corruption has to do with what is in the heart and our own police morality, and, until that is corrected no matter what kind of ideas we come up with, the corruption will continue.  Removing state oversight removes a layer of accountability.  This added accountability may keep St. Louis from becoming like Detroit.

A message for the out state folks:  If St. Louis becomes crime infested to a greater degree, it will spread to all of us.  Currently four citizens serve on the board selected by the governor.  This proposal adds bureaucracy by having the chief report to the paid staff instead of non-elected citizen police board.

For those of you who care about illegal immigration, this paves the way to making St. Louis a sanctuary city.   Don’t think you will be spared if you live in Kansas City either.  You’re likely to be next!

We always vote against any new taxes.  This one picks on one special interest group.  Coveting other people’s money will not make us stronger, smarter or wealthier.  I am a fierce champion of the taxpayers, and have never seen a tax increase worthy of my support.  Furthermore, it is particularly heartless to exploit those who are addicted.  They do not respond to price increases like the non-addicted population would because of other factors involved.  It is unlikely that this new tax would satisfy the greed of government for very long.  The more they have to spend, the more they spend.  Do you really think we need more spending?

This is okay, but no big thrill:

This proposal says the only way we can implement all the components of Obamacare is if the legislature sets up the infrastructure to make it happen.  We should question why the legislature wants to reserve the right to implement the Obamacare components.  They are putting into law that they have the right to set up the Obamacare exchanges, regardless of what is in the best interest of the people.  Right now you have some medical privacy, but once these exchanges are in place, your medical information will be in a national database.  Your Representatives already voted to let “Big Brother” know if you are taking a certain kind of prescription drug.  Even though it didn’t make it into law just yet, they proved that they have the will to do this to us.

As your next Lieutenant Governor, you will have someone in office who is willing to “Call Their Bluff”.

Your thoughts on your voting philosophy are important to me, so please share what you think here:
Mail to Cynthia

We were scheduled to have a Lieutenant Governor debate this week with Peter Kinder and Susan Montee, but both of them declined the opportunity to debate me. 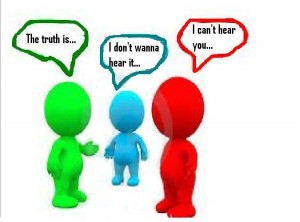