What Lessons Did We Learn?

All families have occasional clashes, but there are few scenes more awful than hearing a couple having a fight in the parking lot of a public venue.  Something inside all of us wishes they would wait until they get home and close the doors.  The same should be said for the Republican Party.  Mitt Romney, Roy Blunt, Vicki Hartzler and many other prominent Republicans publicly called on Todd Akin to get out of the race.  The most civil and respectful behavior would be to pick up the phone and talk in private.  Todd could issue a public statement asking them to get out of their races when they make puzzling comments, but he doesn’t.  Additionally, I cannot recall when I have ever heard of Democrats asking their candidates to resign or step aside.

Every campaign has its “teachable moments”.  The Todd Akin story will go down in history as one of the case studies for years to come.  I attended a rally for him to hear his explanation first hand and because we should all stand against bullying:

Until the Todd Akin firestorm, I may have held the record for being the most abused Republican.  While the most left wing national network commentators were mocking me for standing up for Republican principles, those on the right were silent, hiding or fleeing out of fear that this persecution might bounce off onto them.  While I don’t wish this on anyone, since we are in good company, here are a few observations:

1.)  History is filled with elected officials who are unprincipled scoundrels.  Some of them were my opponents.  We should have moral outrage over this.  Yet, we should all behave in an honorable manner, regardless of whether you like a candidate’s personality or not.   Also, it still is up to the voters to take the responsibility of discerning who is more on the side of the taxpayers, limited government and liberty vs. who is against us.

2.)  Accumulating money and power is the primary motivator for the party bosses in both the Republican and Democratic parties.  Once you understand this, it makes sense why the principles become irrelevant.

3.)  Our country was founded at a time when there were no political parties.  People ran on their own reputations and they did it without TV, radio or Internet.  Now that we live in an age of electronic communications, it is easier to fabricate frauds, but it’s also easier to detect them as well.

4.)  A candidate’s personal life is a factor.  The only way to save our state and nation is for us to return to the high standard of moral and ethical behavior that made us great at the time of our nation’s conception.  When selecting the candidate you resonate with best, it will help you to take into account how that candidate lives according to “The 10 Commandments”.  It is important to evaluate our candidates based upon both private behavior and positions on issues.

5.)  If everyone who votes for Todd Akin also votes for me, we will win!  While Todd and I are not identical on every issue, those staying on board with Todd owe it to their political philosophy to also support our campaign for the same reasons.  Please consider sending this e-mail to your friends and relatives who live in Missouri so that they can share the good news with others as well.  While Todd has taken in millions for his campaign, we are producing amazing results with a bare bones budget.

As your next Lieutenant Governor, you will have someone in office who is willing to “Call Their Bluff”. 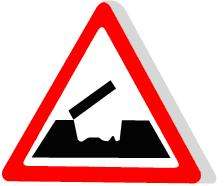 Farmers Fred and Luke were fishing on the side of the road. They made a sign saying “The End is Near! Turn yourself around now before it’s too late!,” and showed it to each passing car.
One driver that passed didn’t appreciate the sign and shouted, “Leave us alone you religious nuts!”
All of a sudden they heard a big splash.
Fred grinned at Luke. “Do you think we should just put up a sign that says: ‘Bridge Out’ instead?”