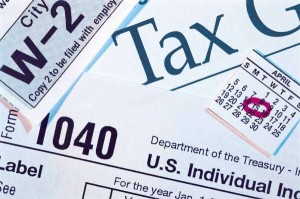 We love the idea of a fair tax—especially since very few people think our current methodology of taxation is fair!  The Declaration of Independence was written and a war was waged in part because of concerns over the fairness of how we were being taxed.  Our method of taxing ourselves is a core issue that affects all of us.

The old expression goes, “If you want less of it, tax it.  If you want more of it, subsidize it.”  At the beginning of our country, the Constitution prohibited direct taxation of  anyone’s income.  In 1913, the Constitution was amended to legalize income taxes.  “The Congress shall have power to lay and collect taxes on incomes, from whatever source derived, without apportionment among the several states, and without regard to any census or enumeration.”

When government taxes income, it discourages people from generating income.  Our income quantifies our economic prosperity.  Income tax thwarts progress by causing conflicting interests and punishing productivity.  Additionally, the money the government generates is being used on programs that we may not otherwise support.  Some have called it “legal plunder”.  Here is a video that explains the wrongness of redistributing wealth.

If legislators were serious about creating jobs, they would be working on payroll tax reductions.  With less governmental intrusion, businesses could afford to hire more people.  Workers would have greater paychecks.  It would be the equivalent to pay increases for everyone.  Real estate and personal property taxes are also unfair because they punish people for upgrading their property and create the impression we are “renting” our possessions from the government.

The Fair Tax is designed to replace our current taxes with a sales tax.  I agree that a sales tax is more fair than income tax.  That is why I was a co-sponsor of the Fair Tax proposal in Missouri for two years.  It is good public policy to reward thrift and stop punishing people for merely earning a living.  One provision I like about the Fair Tax is that it calls for eliminating the Internal Revenue Service.  Obama wants to use the IRS to be the enforcement vehicle for his national medical plan.  Using the IRS to regulate the income of our citizens has expanded to manipulate behavior in other areas of our lives.  If the IRS were dissolved, our citizens would be spared the loss of freedom through being forced to buy insurance or be punished on their income tax return.  There would be a considerable savings just by the elimination of a huge bureaucratic entity as well as all the mandated paperwork.  (Sorry if you are employed by the IRS.)  The Fair Tax proposal is allowing these issues to be brought up for public debate.

However, one of the biggest problems our nation faces is that our legislators are spending us into oblivion.  Without containing the spending problem, the sales tax will have to increase to accommodate all the extra revenue needed for government to continue at its accelerating pace.  It’s the spending that is driving the train off the tracks.

A simple illustration might be like going to a doctor for a check up.  The doctor says you are obese and need to cut the fat out of your diet.  Instead of getting rid of the fat, you start thinking about whether you want chocolate or vanilla ice cream in your next banana split.  For those of you who love ice cream, like me, you might think it is a logical question.  However, we are still asking the wrong question.  The proponents of the Fair Tax are asking, “How shall we tax ourselves?”  The primary issue needs to be, “How can we cut out the fat?” Unless we cut out the fat, we are doomed for an economic heart attack.  The behavior in Washington D.C. appears to be focused on spending reductions by eating only one banana split instead of two.  When our legislators get serious about putting our country on a fiscally sound diet, we will be on our way back to economic health.  Until then, I will push to be a conscience for all governments pointing out why the income tax system is flawed and should be eliminated.

I have a tube of chapstick that reads, “Wouldn’t it be nice if April 15th were just another day on the calendar?”  I wholeheartedly agree.  When I was presenting a taxpayer relief bill in the Missouri House I applied it to my lips and it feels good to know others share the same feelings about governmental oppression.

Click here to read a little history of the 16th amendment.

I always enjoy hearing your opinion on these topics, so please let me know what you think about “The Fair Tax”. You can send me your thoughts by clicking here:  Mail to Cynthia

We could only wish that Congress, and all Presidents, had to stop spending when they ran out of money too. But, unfortunately, they’re like drunken sailors with a credit card that has no credit limit.

Objection from a Former Sailor

I object and take exception to everyone saying that Obama and Congress are spending money like a drunken sailor. As a former drunken sailor, I quit when I ran out of money.
–Bruce L. Hargraves, U.S. Navy, retired