This process of waiting until the last week to work out a budget formed around bad decisions, forces the legislators to hurriedly pass the budget as they are constrained to do so before the adjournment on May 18th.  These budgets also give us a glimpse into the priorities of the legislature.

The Department of Planned Parenthood:
The national government has even greater public relations problems because the majority of the House of Representatives claim to be pro-life, yet they are still giving our hard earned taxpayer dollars to corporations that push abortion, like Planned Parenthood.  I asked my congressman why, and here is a summary of his answer.  I would recommend you also ask your national representatives as well.  Here is the answer you will most likely get:

The Republicans are behaving as if they are being bullied because the Democrats know they are unwilling to allow a government shut down.  Therefore, the other side can get away with anything on the mere threat of blackmail if we don’t acquiesce to more big government.  Ronald Reagan was the last president we had who was willing to risk it all for conservative principles.  To have a successful balance in any negotiation, both sides have to have something to gain and lose.  As long as the Republicans keep allowing the Democrats to use the trump card, the government will only grow bigger.

Typically in an election year, they pass fewer bills.  This fact is good news for those citizens who enjoy liberty.  Since the next election is right around the corner, this is an excellent time, and perhaps, the only time we can really hold the current officeholders accountable.

Your thoughts on the Missouri budget are important to me, so please share what you think here:
Mail to Cynthia 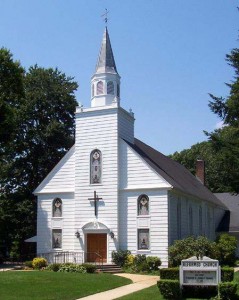 “Churches don’t need new members half as much as they need the old bunch made over. There wouldn’t be so many non-Church goers, if there were not so many non-going Churches.”
—Billy Sunday.

Serious thought:  Invite me to come and speak at your Church or Sunday School!!!  My message is “Godly Principles that Make America Great”.  (Principles…not politics)