Why do political parties have a mission statement?

This past week, I was at the Constitution Party National Convention in Nashville, TN.  In all the years I served the Republican Party, including being an elected State Committee Woman, I was never offered the opportunity to attend a Republican National Convention. So, this one was particularly special for me.  I went as a delegate, committee member and a speaker and was honored to be with some of the most brilliant minds in this country. 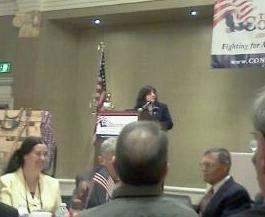 Most elected officials, along with most voters, never read their own platforms, yet every platform is a statement of purpose and philosophy.  We owe it to ourselves to understand its contents.

The Platform Committee meets every four years to vote on any platform changes.  I was able to make some contributions to the debate, and the Constitution Party’s platform is now even more polished than ever.

A frequent question people ask me is, “What is the Constitution Party?”  This party is everything most people thought the Republican Party claimed, but less fluff, and more coherent and intellectually honest substance.  The Constitution Party solves problems with consistently reliable public policies and shows philosophical integrity while functioning as a conscience for others to stay constitutional. 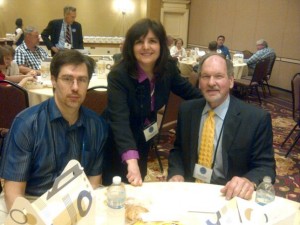 Here is a broad overview of the political parties:

Democrats believe most issues can be resolved by more government spending, size and scope.  The Obamacare mandate is a perfect example of how bigger government and more intrusive government with punishments for those who do not comply is their solution to most of our problems.  Democrats specifically call for funding the United Nation’s Population Fund, the Global Education Fund, calling on our leaders to bear responsibility for Africa’s democratic development and encourage American intervention in many other foreign countries—as if we own them.  They also use their platform as an opportunity to bash Republicans.

Republicans try to call for less government than the Democrats.  However, the legislation they push and pass rarely matches up with their platform, with the exception of when the platform calls for expanding government.  The Republican Platform mentions God, but then goes on to call for bigger government ideas such as increased spending in foreign countries, education, Head Start, and more funding on corporate & agricultural welfare. The list goes on. They buy into the climate change hype and ask us to worry with them about our carbon emissions. They then use their platform as an opportunity to bash the Democrats.

Libertarians have the shortest platform of all, and for good reason. They talk about how government should be if there is no God and no moral accountability beyond ourselves.  As a result, they don’t even take positions on marriage or abortion. This, taking of one person’s life by another, is not mentioned because they feel it to be none of government’s business.

Constitutionists acknowledge that our rights come from God, as did the Founders of our nation.  Having a Biblical reference point offers a navigation tool that makes principled government possible in the proper proportions.  The Constitution Party has achieved an appropriate balance and is positioned in the political center by moving closer to the ideas the original Founders knew would work for everyone.  We believe in a well ordered government that is limited to doing nothing for the people they can do for themselves.

The Democrats and Libertarians do not have a pro-life platform.  The Republican Party contains a pro-life plank, but there is no obligation by the officeholders to adhere to this position.  Consequently, the majority of the Republicans in office are still funding Planned Parenthood. At the state level, even with overwhelming Republican majorities, there are not enough pro-life legislators to stop the use of taxpayer money going to human cloning programs.

The Constitution Party is the only political party that is 100% pro-life, without exception.

Some of my greatest frustrations, while serving in the Missouri House of Representatives, were over my efforts when it came to promoting free markets, standing for parental rights, protecting the disabled or trying to offer some taxpayer relief. Many times good legislation was squashed by the very party that claims to embrace these ideals. Yet, they still could not find it within themselves to allow such ideas to actually emerge.

2.) Size of Government: The Constitution Party believes in eliminating the IRS, the Department of Education, the Federal Reserve Act and, generally, stands for less spending and reduction of financial manipulation.

The Republican Party actually calls for more government bureaucracies to evaluate the bureaucracies.  If you wondered how they feel about special interest groups, they call for more spending just on Washington D.C. residents.  “Washington should be made a model city. Two major Republican initiatives – a first-time D.C. home-buyers credit and a landmark school choice initiative – have pointed the way toward a civic resurgence, and a third piece of GOP legislation now guarantees young D.C. residents significant assistance in affording higher education.”

3.)  Education: The Constitution Party believes state and local governments are fully capable of educating their own children without the mandates and interferance of the national government:  “Because the federal government has absolutely no jurisdiction concerning the education of our children, the United States Department of Education should be abolished; all federal legislation related to education should be repealed.”.

The Republican party enjoys the infusion of national funding and calls for more testing:  “We support…early childhood programs, such as Head Start…In less than a decade, annual federal funding has shot up 41 percent to almost $25 billion, while the regulatory burden on state and local governments has risen by about 6.7 million hours – and added $141 million in costs – during that time…To get our schools back to the basics of learning, we support initiatives to block-grant more Department of Education funding to the states, with requirements for state-level standards, assessments, and public reporting…”

4.)  Pornography: The Constitution Party acknowledges the harmful effects of the pornography, obscenity and the live lewd exhibition industry.

4.) Gambling: The Constitution Party acknowledges the personal and economic damage caused by the gambling industry.

The Republican Party believes it’s only bad if it is on
the Internet.

While these may sound like small distinctions to some, they point to the heart and soul of the party.  Should we make decisions based upon what will get us the most votes or based upon what is right?  Fortunately, our Founding Fathers gave us an example of what it means to stake it all — our lives, our fortunes and our sacred honor, fighting for a government that will protect our God-given rights. 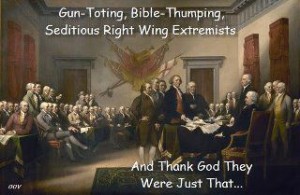 A Congressman was once asked about his attitude toward whiskey.

He said, “If you mean the demon drink that poisons the mind, pollutes the body, desecrates family life and inflames sinners, then I’m against it.

But if you mean the elixir of Christmas cheer, the shield against winter chill, the taxable potion that puts needed funds into public coffers to comfort little crippled children, then I’m for it. This is my position, and I will not compromise.”