I like living in Missouri.  There are a lot more “Freedom-Loving” people here than in many other states.  However, what Missouri just did has lots of folks very confused!

By a landslide, the legislators sided with their donors and become blind to all other factors, like how higher electric rates hurt people on the lower end of the economic spectrum.  Principles seemed to fall to the wayside.

Our governor wants an aluminum smelting plant in Missouri so he called a special session to change existing laws to make a special deal possible.  The company, which is a secret, wants lower electric bills.  (Don’t we all?)   However, the package allows the electric company to raise the rates on other customers to allow the consistent gross profit levels for the company.

It’s called favoritism—and our sense of justice should find this repugnant!  It is incompatible with conservative principles.

The proponents of this bill made a case that more people working means less people on welfare, but I disagree.  It’s welfare either way.  By forcing uneven weights and measures, the government has put this corporation on welfare.  If a business idea is so delicate it won’t work without governmental intervention, we not longer have a free market.

And this is with a Republican controlled legislature, which is supposed to be less Socialistic!

If you feel disappointed by candidates who have advertised themselves to be “Conservatave”, join the club!  A friend of mine summed it up:  “The average voter still doesn’t even know this happened. Most astute voters will have forgotten this by 1 year and 3 months from now.  Next session will be big banner bills on life, guns, and ethics/tort with a meaningless tax cut or two. They can all head back August ’18 as solid Conservatives.”

The right answer is to repeal laws that put hardships on the free market and allow people to flourish through their own desire to be productive.  We need to release businesses to find prosperity through ingenuity.  Let the businesses discover how to increase productivity.  Left to ourselves, Americans have become more creative and found financial rewards for adding value, becoming more efficient and pursuing excellence.

We owe it to our State to stand by those who are right as long as they are right, yet, have the courage to stand against them when they are wrong.  We dehumanize people when we treat them as if they can’t do anything without governmental intervention.  The America we know is filled with smart and talented people who desire to add value to themselves and their communities.

For those of you who still think the Convention of the States is a good idea, please add this story to the list of why we no longer expect Republican dominated bodies to act in our best interest.  People who claimed to be “Conservative” during the election season are capable of voting like Democrats in the right environment.  Even if the Democrats were excluded from the convention, there is no reason to believe the Republicans alone are capable of limiting themselves.

Here is a chart one senator put together to show the connection between the electric company’s campaign contributions and support for this special legislation.   This chart tells the rest of the story.  Everyone on this list voted to make our State more Socialistic, picked winners and losers and weakened the free markets. 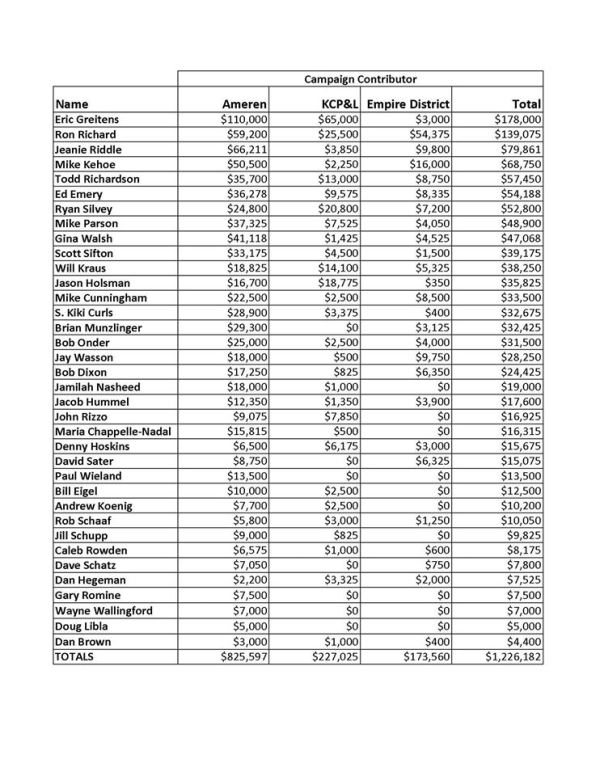 What do you think of the government’s putting it’s thumb on the scales?

1.) We owe a debt of gratitude to the small handful of legislators who were brave enough to vote for the right position.  They deserve to be honored in my newsletter.  If any of these freedom loving legislators represent you, or even if not, please consider sending him a thank  you note.  I know from my own experience in the legislature that it can be very lonely.  They will probably never see a campaign contribution from an electric company ever again.

Note:  The reason we named the Republican legislators is because it takes a greater level of strength and courage to stand on principle regardless of the path paved by the leadership of his party.

2.)  Even if you don’t live in Missouri, your state is probably doing the same kinds of laws.  Find out what’s happening in your State.  Whether we win or lose, we all must continue to function as a conscience!

3.) If you want to support the ongoing needs related to producing our publications, please consider mailing a check to this address:

It’s hard to sort out what’s going on in the middle east.  Just talking about Israel is very polarizing.  However, our guest, Chuck Baldwin unpacks for us the proper perspective.  You’ll want to listen to our show this week to learn from a fresh perspective.  You can listen now by clicking here: 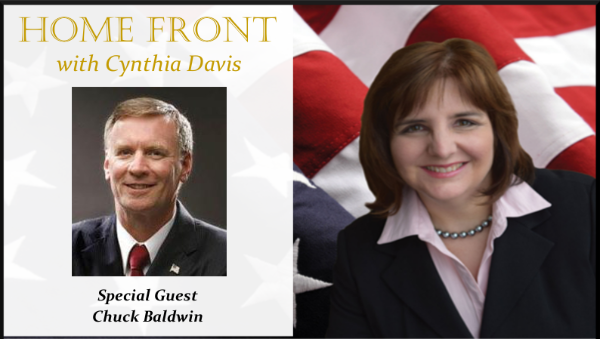 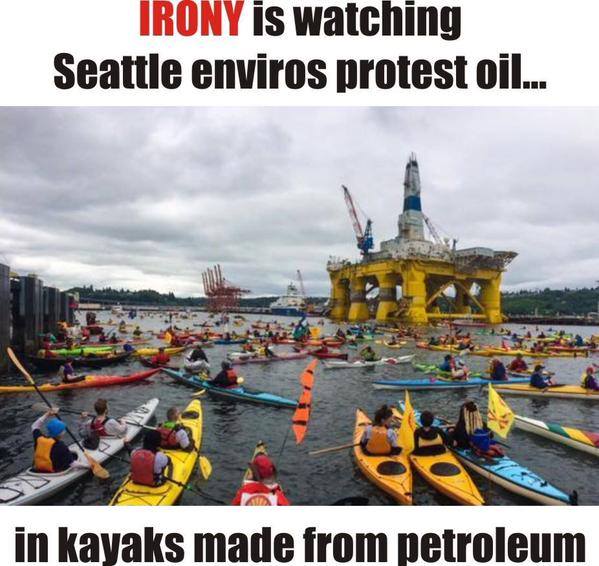