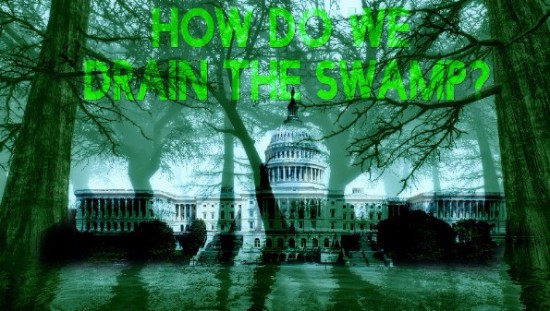 Ever since Donald Trump said he was going to drain the swamp, people have been wondering how that can be accomplished and waiting for it to happen.  This is a good study for everyone interested in observing swamp-draining techniques.

Here are some observations from my friends:

“We are the ones responsible for draining the swamp people —  not some president!  You can’t drain the swamp by electing swamp people!!”  ~ Terry B.

“You also can’t drain the swamp if you haven’t studied the Constitution.”  ~ Richard O.

“You can’t drain the swamp if you trust the news media.”  ~ Richard O.

“Can we throw all the Republicans and Democrats out of office and start over again? That’s the best way to drain the swamp.”  ~ Morris C.

“I believe our Republican leaders are corrupt,  If not they would have stopped the Democrats already.”   ~ Jack M.

“We could all unify around the Constitution, but that has been rejected by most Republicans, including Republican voters.”  ~ K. O’Brien

I feel sorry for anyone who is in an elected office surrounded by critics, naysayers and other obstructors who won’t let the office holder get the job done.  Before we judge Trump on how well he’s done in office, we need to look at who is surrounding him.

One of my readers wrote this illustration to explain the swamp, using monkeys:

You start with a cage containing four monkeys.  Inside the cage you hang a banana that can be reached by going up the stairs.

Before long a monkey will go to the stairs and climb toward the banana.

Pretty soon, when another monkey tries to climb the stairs, the other monkeys will try to prevent it.

Now, put away the cold water. Remove one monkey from the cage and replace it with a new monkey. The new monkey sees the banana and attempts to climb the stairs. To his shock, ALL of the other monkeys beat the crap out of him. After another attempt and attack, he knows that if he tries to climb the stairs he will be assaulted.

Next, remove another of the original four monkeys, replacing it with a new monkey. The newcomer goes to the stairs and is attacked. The previous newcomer takes part in the punishment – with enthusiasm – because he is now part of the “team.”

Then, replace a third original monkey with a new monkey, followed by the fourth. Every time the newest monkey takes to the stairs, he is attacked.

Now, the monkeys that are beating him up have no idea why they were not permitted to climb the stairs.

Neither do they know why they are participating in the beating of the newest monkey. Having replaced all of the original monkeys, none of the remaining monkeys was ever sprayed with cold water.

Nevertheless, none of the monkeys will try to climb the stairway for the Banana.  Their ability to reason has been conditioned and replaced by a fear of getting hit with cold water.  (In real life the elected officials are fearful they won’t advance politically.)

Why? Because in their minds, that is the way it has always been!

This is how today’s House and Senate operates and is why from time to time, ALL of the monkeys need to be replaced at the same time.

DISCLAIMER: This is meant as no disrespect to monkeys!

And that is Larry B.’s version of why it’s so difficult to drain the swamp.

Our guest this week, shares some practical insights on how to stop electing “swamp people”.  You’ll want to hear our show.  Click here to listen to it now:

What do you think it’s going to take to drain the swamp?

1.)  When folks talk about draining the swamp, please remind them that this is the job of the voters.  You and I can drain our own swamps by vetting our candidates better.

Click here to listen to the Home Front now.

2.) If you want to support the ongoing needs related to producing our publications, please consider mailing a check to this address: 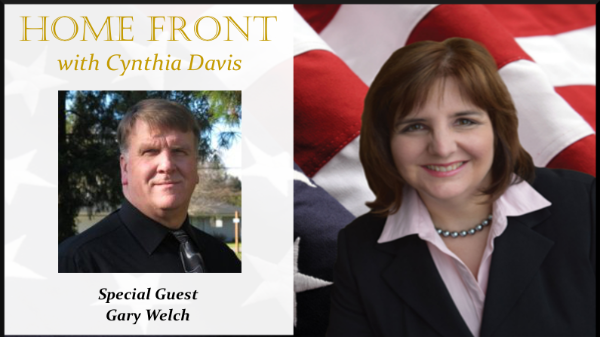 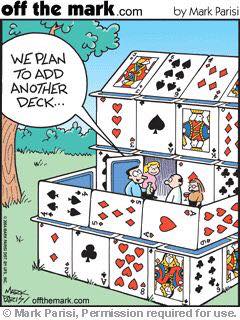