One lesson we can learn about sports is that you can’t always know who is going to win until the game is over.  If you watched the Superbowl, you saw two very skilled teams work as hard as possible, yet in the end, one team wins and we hopefully saw great sportsmanship. 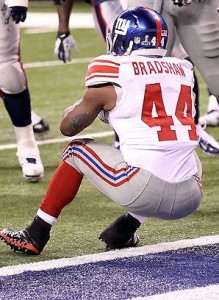 Football fans know that they don’t get to select the players.  It was up to the coaches and the management to decide who would be on the team.  Likewise, it is up the to political parties to determine who they want to nominate, not the people.  If you don’t like the party’s nomination, you can vote for the person who best reflects your values from another party.

This accidental touchdown illustrates how political parties tend to function.  In most football games, the goal is to get touchdowns.  Who could have guessed that during this play, they were actually trying to not get a touchdown so they could take more time off the clock?

Sometimes political parties do maneuvers that seem contrary to common sense, but it is because they care more about winning elections and the accompanying money than the principles that will save our country.

“Missouri is preparing for tomorrow’s presidential primary. Ten Republicans will appear on ballots across the state, even though three of them — Rick Perry, Herman Cain and Michelle Bachman — have already dropped out of the race for the White House. One name you won’t find — Newt Gingrich. Officials say he didn’t complete the paperwork to get his name on the ballot in Missouri.”  – 97.1 FM

The reason Missouri taxpayers are paying eight million dollars for this election is because the two political parties wanted to have their inner party dealings financed by others.  We are now paying for an effort where the outcome will be disregarded.   The Democrats already know they will nominate Obama.  The Republicans are handling their own nominations on March 17th without any consideration given to the results.

The legislature tried to remove this archaic law from the books, but the Senate voted 16-16 and the Lt. Gov. ignored his constitutional duty to break the tie.

Here is the purpose of the election on February 7:

As your next Lieutenant Governor, I will fight to remove meaningless laws and wasteful expenditures as well as opening the windows to your government.  We need to show the partisans there is a better way, that serves the best interests of all the people.
Mail to Cynthia 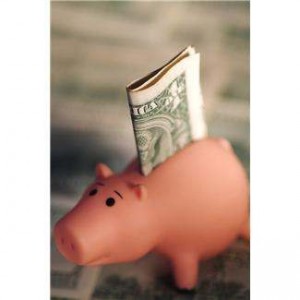 At the height of a political corruption trial, the prosecuting attorney attacked a witness. “Isn’t it true,” he bellowed, “that you accepted five thousand dollars to compromise this case?”

The witness stared out the window, as though he didn’t hear the question.

“Isn’t it true that you accepted five thousand dollars to compromise this case?” the lawyer repeated loudly.

The witness still did not respond.

Finally, the judge leaned over and said, “Sir, please answer the question.”

“Oh,” the startled witness said, “I thought he was talking to you.”