What We Can Learn From Santorum’s Victory

Although the election results were of no value to determine who would be nominated, it was an expensive anthropological study.  The taxpayers paid around seven million dollars to take this poll.  That comes out to around $21.45 per voter.  Here’s what you bought for your money: Poll Results

Political parties who want to use this process to gain political information should have to pay for their portion of it just like other taxing jurisdictions are required to pay for their portion of the election costs.  If they had to foot the bill, they would probably find it more cost effective to conduct a phone poll, and the State could use the seven million dollars for more pressing needs or give it back to the taxpayers.  The legislators were supposed to correct this waste during the special session in the September, but failed to do so.  While some blame the Lieutenant Governor for reneging on his constitutional obligation to break the tie, it is mysterious how the senators could be so confused that they deadlocked.

As long as the money was going to be spent, I was committed to doing my civic duty and vote.  Most citizens don’t get an article written about them when they vote, but the St. Louis Beacon wrote this:

Cynthia Davis, a lieutenant governor candidate for the Constitution Party, talks with reporters at a gathering celebrating former U.S. Sen. Rick Santorum’s victory in the Missouri primary. Davis left the Republican Party to pursue a third-party run, but said she was excited about his win in the non-binding primary.

“I think that it’s important to vote — at least I got my $21 worth,” said Davis on Wednesday, alluding to the primary’s $7 million statewide cost, even though the Republican portion did not allocate any delegates. She also said it was an “honor” for a presidential candidate to come to St. Charles County.

As for Santorum, Davis said she has often found common cause with the former Pennsylvania senator, who has made opposition to abortion and same-sex marriage key planks of his campaign.

“I’m a political observer and I’m a family-values champion,” Davis said in an interview. “And when I see somebody else who champions family values win in Missouri, that’s good news for me. Because that means come next November, people are going to want a family/economic policy candidate.”

Davis added that Santorum’s victory is “going to make the country talk about values” and “the importance of having a family platform – a pro-marriage platform.”

“That is what defines Santorum – that is the only point that has distinguished him in a big way from the others,” Davis said. “Am I wrong? You tell me. You’ve got to admit, he’s the family guy – totally. And I’m the family lady – I’m the family lieutenant governor choice.”

Davis contended that the nation’s social-values debate “is driving the economic crisis.”

“Think about this,” Davis said. “It’s the escalation of spending that has tarnished our ability to be prosperous. OK and what’s driving the spending – the breakdown of the family more than anything.”  Read complete Article Here

Missouri is still the “Show Me State” and we are about to show the country what matters more than the big money lobbyists.  We can make things better when we engage the culture.

Your thoughts on representing family values as your Lt. Gov are important to me, so please share what you think here: Mail to Cynthia

500 Cards Sent By A Desperate Man 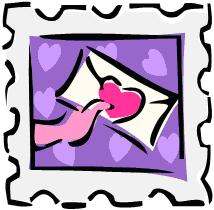 I walked into a post office just before Valentine’s Day and noticed a middle-aged balding man standing in a corner sticking “Love” stamps on pink envelopes with hearts all over them.  Then the man sprayed perfume all over them.  By now, I was curious, so I asked the man about them.  He said he is sending out 500 Valentine cards signed, “Guess who?”

“Because I am a divorce attorney.”  The man replied.