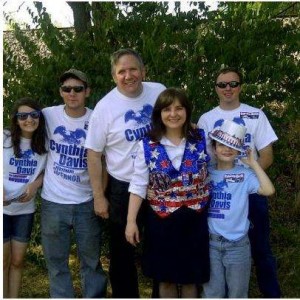 The question will be on your ballot August 7th.  Some of my constituents are asking me why we would need to insert into the Missouri Constitution such explicit language allowing prayer when we already have “Freedom of Religion” guaranteed for everyone in the entire country. It’s hard to believe we have come to this.

The answer is found in the exact wording of the first Amendment, “Congress shall make no law respecting an establishment of religion, or prohibiting the free exercise thereof;”  With all the legal gyrations manifesting by all levels of government, our Congress is prohibited from encroaching on us, but our state and local governments are not.

I became aware of this problem many years ago when my own city told a very nice Christian family they could not hold Bible studies in their home because they were not properly zoned for that activity.  When I questioned our city staff, I was told that even though our U.S. Congress can make no law, the states and municipalities can.  Therefore, with this amendment, some protections are assured within our state.  We fought it and won, but why should the innocent citizens have to pay legal expenses on something that should be a “no-brainer”?  Here is a radio show about a home Bible Study:

1.)  Public prayer is already constitutional, but that doesn’t stop Atheists from wanting to fill our courts with lawsuits.  Having this amendment will expose frivolous lawsuits and may clarify our existing rights for some misguided citizens.

2.)  Students are being harassed and punished academically for Christian beliefs.  Here is a video of what happened in the
Emily Brooker case, offering one glimpse into how oppressive our state funded educational system has gone without this amendment.
One important section of this amendment seeks to correct this injustice with this:

“no student shall be compelled to perform or participate in academic assignments or educational presentations that violate his or her religious beliefs;”

I can offer you many stories of when my children were forced to read absolute literary dregs in public high school and the community college.  This should sadden all of us because with so much great literature out there, it is not necessary to assign literature filled with smut, swear words, rape, murder and other violent and lewd acts.  A student desiring to live a clean and respectable life should not have to explain to the teacher that this is offensive, and the teachers should not be undermining family values by assigning material that contributes to the delinquency of a juvenile.  My hope is that this may help teachers strive for the highest ethical and moral standards.  Students should not have to beg to be let out of an assignment that is perverted and degrades their consciences for a lifetime.  Even if the rest of the classmates have seared souls, there is no reason to force people to violate their standards just to get a degree.

Here is the summary of the language you will see:
Shall the Missouri Constitution be amended to ensure:

Here is the actual language that will be inserted into our Constitution, should this pass: (The bold words are the proposed language and the regular words are already in our current Constitution.)

Section 5. That all men and women have a natural and indefeasible right to worship Almighty God according to the dictates of their own consciences; that no human authority can control or interfere with the rights of conscience; that no person shall, on account of his or her religious persuasion or belief, be rendered ineligible to any public office or trust or profit in this state, be disqualified from testifying or serving as a juror, or be molested in his or her person or estate; that to secure a citizen’s right to acknowledge Almighty God according to the dictates of his or her own conscience, neither the state nor any of its political subdivisions shall establish any official religion, nor shall a citizen’s right to pray or express his or her religious beliefs be infringed; that the state shall not coerce any person to participate in any prayer or other religious activity, but shall ensure that any person shall have the right to pray individually or corporately in a private or public setting so long as such prayer does not result in disturbance of the peace or disruption of a public meeting or assembly; that citizens as well as elected officials and employees of the state of Missouri and its political subdivisions shall have the right to pray on government premises and public property so long as such prayers abide within the same parameters placed upon any other free speech under similar circumstances; that the General Assembly and the governing bodies of political subdivisions may extend to ministers, clergy persons, and other individuals the privilege to offer invocations or other prayers at meetings or sessions of the General Assembly or governing bodies; that students may express their beliefs about religion in written and oral assignments free from discrimination based on the religious content of their work; that no student shall be compelled to perform or participate in academic assignments or educational presentations that violate his or her religious beliefs; that the state shall ensure public school students their right to free exercise of religious expression without interference, as long as such prayer or other expression is private and voluntary, whether individually or corporately, and in a manner that is not disruptive and as long as such prayers or expressions abide within the same parameters placed upon any other free speech under similar circumstances; and, to emphasize the right to free exercise of religious expression, that all free public schools receiving state appropriations shall display, in a conspicuous and legible manner, the text of the Bill of Rights of the Constitution of the United States; but this section shall not be construed to expand the rights of prisoners in state or local custody beyond those afforded by the laws of the United States, excuse acts of licentiousness, nor to justify practices inconsistent with the good order, peace or safety of the state, or with the rights of others.

You may read the bill here: HJR 2

Those who are opposing this are doing so on the fear that courts don’t know how to define words or interpret language.  The judges have already proven to us that success in the courtrooms has everything to do with those on the benches.  I will be voting for this and hope you will join me.  It may seem like a small step, but who can predict the grief we may forestall in future years by inserting it now?

Your thoughts on the Prayer Amendment are important to me, so please share what you think here:
Mail to Cynthia

I had been teaching my three-year old daughter, Caitlin, the Lord’s Prayer. For several evenings, at bedtime, she would repeat after me, the lines from the prayer.

Finally, she decided to go solo. I listened with pride as she carefully enunciated each word, right up to the end of the prayer:

“Lead us not into temptation,” she prayed, “but deliver us from e-mail….