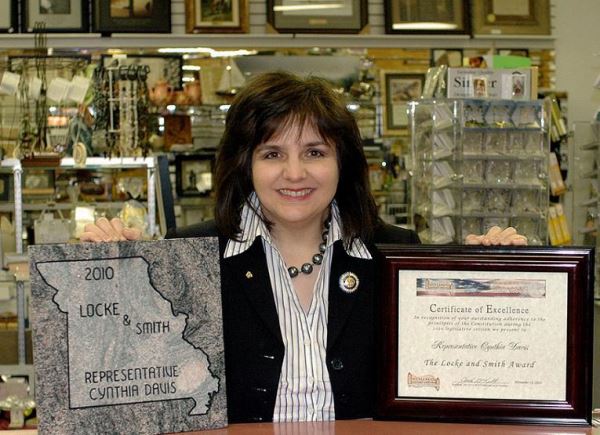 This is a photo of my Locke and Smith Foundation Granite Plaque and Certificate of Excellence presented to me by the only organization that grants awards on the basis of how constitutional a legislator voted.

Were it not for citizens who volunteer their time and energy to read over 2,000 bills, most people would have no idea what is happening behind the closed doors in our Capitol.  Yet, don’t we owe it to ourselves and all who support campaigns to unveil Leftist Socialist voting patterns?  Yes.  Yes.  Yes.

It’s time to be brave, bold and not back down when it comes to our government and our future.  Once a law is passed, it is nearly impossible to take it back.  This is why we must engage in the process and why we must be tireless in our vigilance. 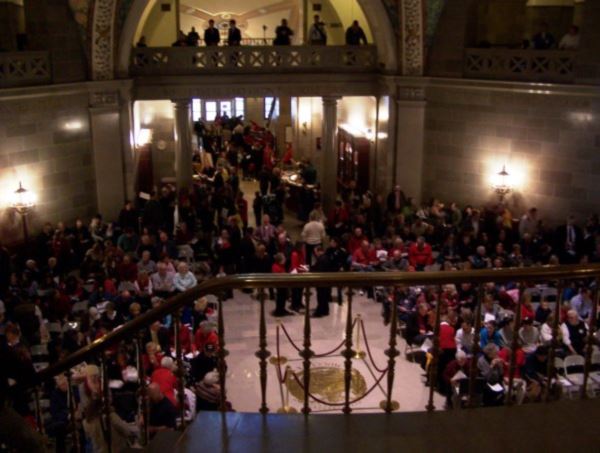 This is a picture of interaction between citizens and legislators. Unfortunately, most of the legislators have little reason to listen when it is not election time.

If we want accountability, we have to know how they vote whenever, wherever and however we can.  Recently, one of the members from the Missouri House of Representatives was on a St. Louis radio program trying to defend the Speaker of the House for his establishment vs. the grassroots remarks.

Most of you may know that I ran in a primary against the current state senator.  After he embarrassed himself by hitting below the belt in a shameful campaign, he announced he will be quitting before the end of his term.   He ran as a “conservative” but thanks to the Locke and Smith Foundation, his voting record was shown to be more to the left than his rhetoric would indicate.  This organization rates bills based upon their Constitutionality and found our senator to be the most un-Constitutional legislator in the entire senate—EVEN BELOW THE DEMOCRATS!    Yet, we should all have the satisfaction of knowing the truth will come out in the end.  If it doesn’t come out on its own, it is our duty as good citizens to make it come out using all means possible.

1.) We need to hold everyone to a standard based upon truth.  Don’t allow any elected official to bamboozle you.  Read the Locke and Smith ratings and criteria so you will know first hand the difference between those who vote Constitutionally and those who just give good but deceptive speeches.

2.)  Listen to our special guest, Nick Neuberger, and be inspired by what one citizen did to apply his talents to creating accountability for our elected officials.

3.) I need your help.  We can shift the country in a more positive direction if we communicate effectively with others who need to know the positive message.  We can make things better, more free and do it through free market principles.  We need you to help us get this message out.  If this has helped you, please consider supporting this mission by mailing a check of any amount to:  Cynthia Davis 1008 Highway K O’Fallon, MO 63366.  Thank you for your consideration.

Do you care about the legislation being passed in your state? In this edition of Home Front Nick Neuberger shares with us his story of how he got involved and how with a simple tool we can all create some accountability.

The Locke and Smith Foundation has a system whereby they rate the votes and bills in the Missouri legislature on how they match up with the Constitution.  How Constitututional did your legislator vote last year? Track the bills and your legislator’s performance using Nick’s Vote Track app that brings the research of the Locke and Smith foundation to your iPhone (coming soon to Android and possibly other states as well). Follow the progress of Vote Track on Facebook at www.facebook.com/votetrack

Listen to learn how you can prevent your elected officials from trying to  bamboozle you and how you can make your voice heard! 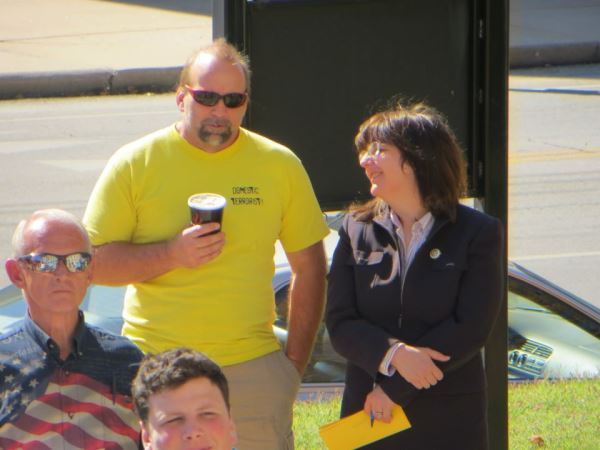 Here is a photo someone snapped of me when i was in Springfield, Missouri getting ready to speak at a rally in front of the Greene County Historic Courthouse. My friend in the photo is Tom Martz, founder of the Locke and Smith Foundation. 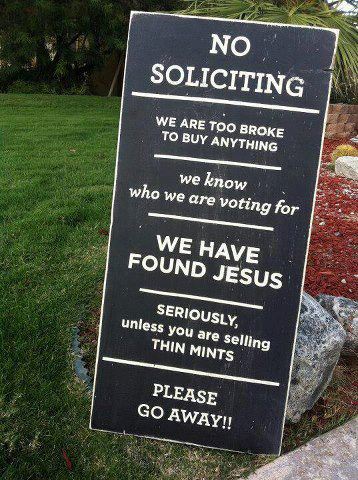