We all have a part to play in making the world a better place.  It is the moral duty of all of us to determine what we should be doing with our time and energy.  Recently I came across a moving story of a man in the State of  Washington who ran for Governor.  He ran as a Republican but received fewer votes than the person who ran on the Constitution Party ticket.  The lesson here is that conservatives seem to be losing regardless of their political party affiliation.  We are living in difficult times—especially those who believe in the first amendment right to our freedom of speech.

The eyes of the country are now on Missouri after our event at the State Fair when a rodeo clown was blackballed for wearing a mask with the likeness to Barack Obama. I do not like it when people mock our leaders because their office deserves respect, but at a state fair when a clown is hired to entertain and amuse, a different standard applies.  This was not a classroom where students were being presented with serious information and attendance is required.  Think about those classrooms across America where students are being mocked for their beliefs in conservatism,        chastity      and      Christianity.

(I was blessed to see the brave Christian students who had the courage to walk out of the assembly.)

Who is going to force their superiors to take “sensitivity training”?  All public officials who are doing anything to be effective are fair game to be mocked.  The only way to avoid this is to never allow your name on the ballot.  The US Constitution does not protect us from being offended.  People have been using bad judgement and have had bad taste ever since human beings were created.

On top of this, over the weekend two citizens were jailed for 24 hours for holding up an “Impeach Obama” sign on an overpass.  I question the effectiveness of their approach, yet they clearly have a right to their speech.

Your thoughts on how to speak the truth in love are important to me, so please share what you think here: 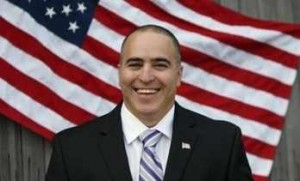 Join us for this week’s show on how to restore our Constitutional Republic.  Our special guest, Shahram Hadian, will explain the Truth in Love project.  http://www.tilproject.com/

Shahram came to the United States when he was eight years old and offers us his perspective on what makes America great and how to protect ourselves from the onslaught of emerging cultural trends threatening our nation. 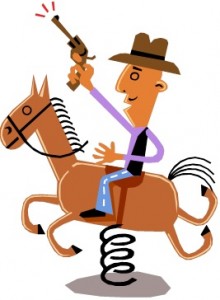 A police officer saw a man dressed as a cowboy in the street, complete with huge stetson hat, spurs, and six shooters.

“Nope, Louisiana.” “Louisiana?
So why are you called Tex?”