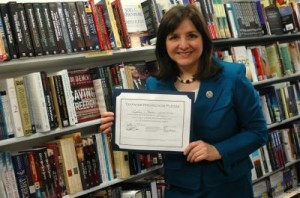 The first time I ran for state office, I signed the Taxpayer Protection Pledge.  Americans for Tax Reform offers all the candidates the opportunity to go on record of opposing any and all tax increases.  It was as easy as being asked if I love my children.  The answer is an enthusiastic “Yes!”

Although the Lieutenant Governor doesn’t file bills, as Lieutenant Governor, I can debate bills and break tie votes when they occur in the Senate.  This means if a legislative proposal were to come to a tie vote, it would be critical to have a Lieutenant Governor willing to break the tie in favor of the taxpayers.  It’s not enough to just hope your legislators will always vote conservatively.  History has shown us plenty of examples when this Republican held legislature has voted with the Democrats to further augment the size, scope, intrusiveness and expense of government.  Last week’s report outlined some classic examples where the outcome may have been different had some light been shed before these bills landed on the governor’s desk and we were spared by the power of the veto.

As the only candidate for Lieutenant Governor willing to sign this pledge, you know you will have someone in office who is willing to be a champion of the taxpayers and will “call their bluff” when their actions and words don’t match.

Your thoughts on the “Taxpayer Protection Pledge” are important to me, so please share what you think here:
Mail to Cynthia 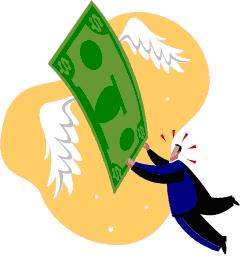 The fellow who said “What goes up must come down” must have lived before they invented taxes and postal rates.

The trouble with today’s taxes is that they keep your take-home pay from ever getting there.

A father in Georgia called his local IRS office to ask if he could deduct the cost of his daughter’s wedding as a “total loss”?