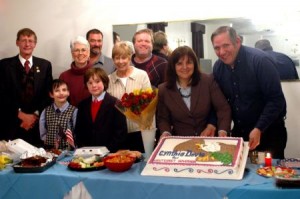 We’ve been together every week for a meeting at your computer in-box to discuss what is happening in the State of Missouri for over a year.  Now that the campaign is over, I hope you have learned more about your state government and gained some insights into why someone like me would run for office.  Whether you called neighbors, displayed a yard sign or just voted for me, your actions affected the outcome of this election.  Thank you from the  bottom of my heart!

Although I have run for office before, this is the first time I ran a statewide campaign. 63,391 voters cared enough to find my name on their ballots so that we could have a constitutional Lt. Gov.  This is the highest number of votes I have ever received.  I was not able to personally speak to all 63,391 of you, so I know some trusted my reputation, my website, or the word of mouth from a friend to give me your support.

As a reference point, Sarah Palin only received 51,443 votes when she won the governor’s office in Alaska, so you can say we have surpassed her!!!  During her 2008 bid for the Vice President, many people compared me to her, but my husband said I was much better in political philosophy and communication skills.

Don’t worry about it going to my head.  I’m in good company with others in the Republican blood bath—Todd Akin, Ed Martin, Shane Schoeller, Jim Lembke to name a few. 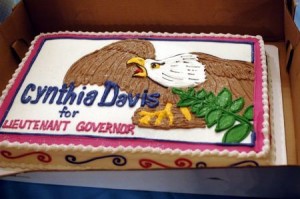 We had a wonderful party on election night.  A special thanks goes to Tom from the Trigg Banquet Center and Susie G’s Cakes for helping us have a magnificent celebration!
Here is a small glimpse  of what you missed in case you were not able to attend:

Your thoughts on the election are important to me, so please share what you think here:

A politician should have three hats.  One for throwing into the ring,

one for talking through, and one for pulling rabbits out of if elected.
~Carl Sandburg