While listening to a talk show Saturday, I heard Rep. Blaine Luetkemeyer discussing John Boehner’s resignation. Luetkemeyer credited the outgoing Speaker with growing the largest Republican majority since 1947. So now we know the Speaker is responsible for those electoral victories. The credit was attributed to his ability to generate campaign donations. It’s not about the character, the platform, the virtues, the fiscal or social policies. It’s about the money.

After listening to a lot of rhetoric about the direction of Washington DC, it seems like the representatives created this climate by choosing which Speaker could raise the most money for their reelection bids. This is common on all levels of government.

We may never hear what the House members did to encourage John Boehner to leave, but we should hope that the Senators will do the same to replace their leader with one more interested in the good of America as well.

It’s obvious that some of the members of both chambers were obligated to pay back their campaign debts by supporting leadership. Now that it’s mid-term, they should be able to select someone more interested in the best interest of our country instead of the best interest of the lobbyists.

Party unity appears stronger in the Democratic Party than the Republican Party. Some have resorted to name calling to deal with their stress. For the record, John Boehner retaliated against any Republican who couldn’t support his bid for Speaker. We should not accept bullying or “Godfather” style of politics in our country. Read these two articles:

Boehner Targets Another Courageous Conservative for Retaliation Over ObamaTrade Vote

Here are some comments from a Republican on Facebook:

“Sad to see Speaker Boehner retiring at the end of October. I can almost hear the chorus of cheers from Tea Bats across Facebook. Just shows how stupid they all are. And I used to think when Rush referred to low information voters he was talking about the leftists. Wrong – we apparently have as many low information voters on the right. Or, at least, naive and frustrated….And please explain to me how shutting down the government will ultimately get PP defunded. I would love to hear the fairy tale you would have to spin on this.”

Here is my response:

Thanks for asking! I’m more than happy to share why it’s important for us to have some backbone. First, as the mother of seven children,consider the following illustration:
Take your child to the grocery store. When he asks for candy, you say, “No”. Then he says, “If you don’t gimme my candy, I’ll throw a tantrum right here in the middle of the store.” You, the parent, say, “Okay then. Take whatever kind of candy you like and I’ll just pay for it when we get to the checkout.”

How smart are you??? The child just learned the magic words to get whatever he wants. The Republicans are IN THE MAJORITY. That makes them the “parent figure”. It puts the minority party in the position of the child.

The child has been trained to just say, “Gimme whatever I want or I’ll throw a tantrum.” As long as the Republicans are afraid of the big bad minority party, the minority party will be running our Federal Government. The magic words for the Democrats is “Then we’ll shut down the government.”

Why didn’t the Republicans run the country like this when they were in the minority??? Perhaps we can learn a lesson from the Democrats.

The old expression is that one party is stupid and the other party is evil.

Cynthia Davis – As a mother you should want to see your kids get a good math education. How much is 2/3 of Congress – in each House? Being a majority does not mean absolute control. Read our Constitution. And remember how Democrats panicked when Scott Brown got Ted Kennedy’s seat and they no longer had a filibuster proof majority in the Senate. This is not about ideology. My guess is that my ideology may even be further to the right than yours – it is about political strategy, picking fights you can win on terrain that favors you, and achieving success and not stunts like suicide bombers do.”

My reply to him:

Thanks, but kids will do better with math if they don’t get distracted by eating candy all day. The Democrats want candy and they want it now! We are under no obligation to pander, especially when the American people elected a congressional majority to Washington that “supposedly” stands for fiscal responsibility. At least the majority members claimed that when they were running for office and gave their constituents the illusion they would vote in a manner that is consistent with the Republican Platform.

This is show time. If they don’t care about something as shameful and egregious as funding Planned Parenthood, then everything is at risk and there’s nothing that will matter.

Furthermore, I have read the Constitution and guess what? It’s likely that the majority of the people need to read it more than I do. Show me where It says the Senate needs 60 votes! The 60 vote rule is nothing but merely a rule. The rules are not set in the US Constitution. The majority party can change that rule and get on with doing what’s in the best interest of the Nation.

Here is a quote from a Huffington Post article (which is usually on the other side) you might find helpful: “The framers never envisioned that a supermajority of 60 votes would be required to enact virtually any piece of legislation or to confirm nominees. Indeed, the Constitution was very clear about where a supermajority was needed. There were only five instances in the original Constitution: ratification of a treaty, override of a veto, votes of impeachment, passage of the Constitutional amendment, and expulsion of a member.” 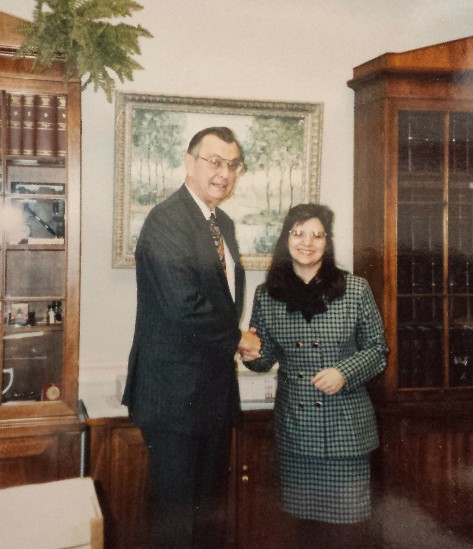 Here’s a trivia question: Who can guess the man sharing this photo with me?

If you guessed my U S Representative, Harold Volkmer in his Washington, D.C. office, you are right! Very few people will even remember who he was, but our district back then went all the way up to Hannibal, MO. Even though he was a Democrat, he always treated me with a great deal of respect. Isn’t that what we all want out of our elected officials regardless of who is in control?

Our best hope now is that the majority parties in both chambers will revisit their convoluted rules. The Senate could use a cleaning as well.

Congress needs to restore the power of the purse to the legislative branch. When Boehner leaves, his legacy will be that he tried to play both sides and ended up losing. As the Speaker of the House, his only job was to represent the House, not placate the Senate and the President.

If I were able to deliver one message to the Representatives, I would urge them to quit being sissies. We want our Congress to behave in a fiscally responsible manner. We should expect our elected officials to deliver what they promised during campaign season. Is that too much to ask?

1.) I want to hear your thoughts. Please share who you think should be the next Speaker here:

2.) We send a big thank you to all the kind and conscientious people who have donated to make it possible for us to produce our newsletter and podcast. Because we do not have any other funding stream, your donation will be extremely helpful in our efforts to communicate. Many people do not realize we are a volunteer entity and rely on their help and God’s leading to continue. If you would like to help, please mail a check to: 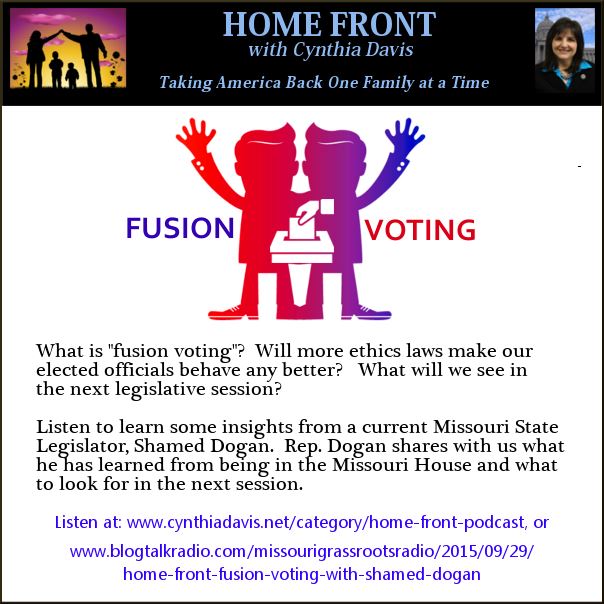