Is It Too Much Big Brother? 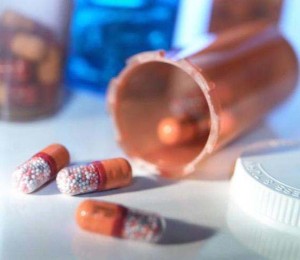 Most likely, everyone knows a friend or a family member who is addicted to prescription drugs.  It frustrates us to know that some people are going around from doctor to doctor getting prescription drugs—frequently paid for by us taxpayers—and then selling them on the street for money or abusing the drugs on themselves.  Most of us know this is a problem, but we differ on how to solve the problem.  The limited government people know that the only way to correct this is with us holding each other accountable.

The “big government” people think the way to solve this is by creating a tracking system.  There are two problems with this:  First, this is expensive, cumbersome and laborious.  Second, as soon as the bigger bureaucracy is in place, those who want to circumvent it will have found a way to  navigate around the hurdles.

There is plenty of blame to go around over what is causing this:

~ The national government and private insurance companies.  They pick up the tab for the vast majority of these drugs which makes them available either free or for little cost through social welfare programs and insurance benefits.

~ The drug companies and pharmacies.  They stand to make more money with greater demand.

~  The doctors.  They who continue to dole out these prescriptions without taking the time to understand that their patients are abusing these drugs.

~  The patients.   They are gaming the system to make money off of it or willing to live in a stupor.

While it is true that some people are helped by ingesting narcotics, this article is designed to discuss the legislative proposals designed to solve the problems of those who abuse the system.

Four years ago, I was sitting at my desk in the House chamber when this bill came up for a vote, and I remember turning around to the Representative behind me and hearing him say, “It’s too much big brother.”  That bill passed narrowly with a vote of 84 “Yes” and 69 “No”.  It did not make it to the governor’s desk in 2008, but this year it might.

This year’s bill is designed to address the same goals as  House bill 1193   which already passed out of the House with a vote of 143 “Yes” and only 6 voting “No”.

It’s time for an intervention.  We cannot solve a moral problem, an ethical problem or an addiction problem by coming up with bigger governmental solutions.  The human heart is designed for relationships.  There is no substitute for people knowing each other and holding each other accountable.

One of the vast differences between our country and communist countries is that we believe human virtue emerges from our accountability to God.  How we treat our fellow man will define our culture.  Creating a bigger “vending machine” approach not only pushes us toward socialism, but fails because it attempts to treat a symptom rather than getting to the underlying cause.

This is just one more example of why you need a Lieutenant Governor who will hold both political parties accountable for bad public policies that cost us money, yet do little to to solve the root problem.

There is a better way to actually help people who are addicted to prescription drugs—it’s called personal involvement—and there’s no generic equivalent.

Your thoughts on how to solve the problem of drug abuse are important to me, so please share what you think here:
Mail to Cynthia 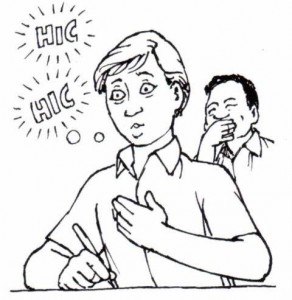 A man walked up to the pharmacist and asked if he had anything for hiccups.  The pharmacist promptly reached out and slapped the man’s face.

“What did you do that for?” the man yelled.

The pharmacist said, “Well, you don’t have the hiccups anymore now, do you?”