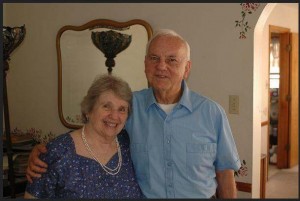 This week my parents are celebrating their 60th wedding anniversary.  It’s always happy to arrive at a new benchmark, yet many governmental policies are to blame for making marriage less popular than ever before in our nation’s history.  Some think marriage is meaningless.  Many now mistakenly assume that our problems will be resolved if the state no longer even recognizes marriage.  Since the founding of America, government has largely ignored marriage and pays little attention to it.  So long as citizens pay taxes and government gets its share, that is usually the end of the story.

Government went awry when it attempted to “fix” the perennial, heart-wrenching human and economic problems that occur because of the lack of marriage.   The serious problems driven by marriage-absence and spouse-absence are causing us to spend fortunes in an attempt to ameliorate the situations in which citizens are perennially mired.  Despite Herculean efforts and massive expenditures, the majority of citizens still end up trapped in low-income, marriage-absent lifestyles.  Never before have we had more consequences of marriage-absence such as crime, violence, poverty, and lack of upward mobility.  Taxpayers are weary of taxes.  Now Missouri’s social expenditures are the largest line-item in the budget – 50% more than what we spend on education.

We believe in civility.  Families are the foundation and bedrock of our society. Families provide the financial, emotional, spiritual and educational assistance to individuals that goes far beyond what any government can afford.  This makes the family the largest and most effective social welfare entity known to mankind.  Families provide their services at no cost to the taxpayer—just because of love for one another other.  Government is gradually replacing various components of the family, leaving the nanny state to grow ever bigger.

Some seek to dumb-down the definitions of “marriage” and “parents”.  When marriage becomes meaningless, parenting becomes meaningless and government becomes everything.  Government necessarily has definitions for everything, including church, a parent, a non-profit, a corporation and a marriage. These definitions are essential for law, public policy, business, our economy, our lives, our future citizens and our tax codes.  To the extent that “marriage” and “parenting” have been devolved to village principles, marriage has gone out the window, government raises children, and everyone’s rights subordinated to the whims of government.
Why marriage cannot be “privatized”
Why privatizing marriage would harm children.

Erasing the legal definition of marriage is not possible.  Throughout history, the institution of marriage has been the foundation for low taxes, reducing social spending demands, providing a reliable path to upward mobility for all citizens, and our Constitutional freedoms.

Some say we should just leave it up to the churches.  Which one?   The state does not recognize any specific religion and never will. Many do not attend or affiliate with any church.  Churches will never be in charge of defining marriage because our Constitution does not permit religious institutions to force their definitions on the State.  Our Constitution protects us from Sharia or any other religion assuming control of the country.

Marriage keeps the scope of government limited, freeing each and every family to succeed in career, raising children, the practice of religion in daily personal life, and retiring with reasonable savings.  Without marriage, the state spends billions controlling and interfering with your individual, economic, religious, and parental rights.

In 2007, marriage-absence cost the state approximately $1.18 billion, without lifting low-income Missourians out of social and economic trouble.   Most of this occurs not because people do not want to marry, but because government bribes them to not marry and remain that way.  Imagine what would happen to our economy if government bribed everyone not to work for decades on end!

I urge all voters, regardless of political party, to walk away from the new philosophy that marital and family status don’t matter.  This has caused substantial budgetary problems.  It is why we have so many poor unmarried mothers, neglected children, men in prison, and taxpayers not getting value for their taxes.  Hard budget cuts can help, but socio-economic policy reducing negative impact on marriage is the key to reducing social spending demands.

The bottom line for all Missourians is not getting government out of marriage, but getting government out of the business of destroying marriage.   The days of partisan politics and playing one constituency against another are over.  As Lieutenant Governor, I promise to work hard encouraging legislation and administrative policy that will address the most urgent problems of all Missourians who each, in their own way, are suffering because of the problem of marriage-absence.

Your thoughts on government’s relationship to marriage are important to me, so please share what you think here:
Mail to Cynthia 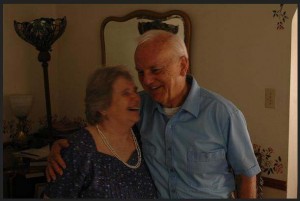 A reporter asked the couple,
“How did you manage to stay together for 60 years?”
The woman replied, “We were born in a time when if something was broken we would FIX it, not throw it away.”  Never go to bed mad.  Stay up and fight!