What does Missouri have in common with Washington State?  We both play host to Boeing.  I love having Boeing in our state!  Some of my best constituents and donors work there, many from when it was McDonnell-Douglass.  Every year Boeing would arrange for a tour for the legislators and I went as often as possible to show them the respect they deserve for being with us.  I have seen these airplanes being built from start to finish.  It is a beautiful operation and we are very proud of Boeing.

The economic developers in any state will clamor to compete for these businesses.  Boeing in the St. Louis area employs about 15,000 people.  Boeing in Everett, Washington employs about 56,000.  However, a few weeks ago 67% of the International Association of Machinists and Aerospace Workers (IAM) union employees in Everett turned down a contract.  Now Boeing is looking elsewhere for where they will build their next aircraft.

We now find ourselves in a fight with other states courting Boeing.  Here are some national articles explaining all the groveling:
Article #2

Last week Missouri expended nearly $100,000 to convene a special session to put a financial incentive package together for Boeing.

One of the legislators from Missouri owns a furniture shop.  As he was debating the bill, he offered to sweeten the pot by throwing in a couple of lamps.  That was designed to be humorous, yet it made a great example.  So many times the executive branch thinks it is legislative.  In this case the legislative branch was trying to be executive.  It is the duty of the governor to throw in the lamps but more importantly, it is t he duty of the governor to explain why Missouri is a good option.  One more distinction:  The lamps were coming from the private sector.  The tax breaks were coming from us, the taxpayers. 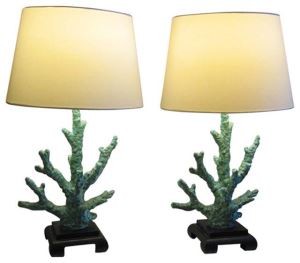 How you feel about this will depend on your philosophy of government.  If you believe the role of government is to be fair to all, you may not like this tax credit bill because it allows our government to offer special deals to the bigger businesses and thereby causes an inequity with the smaller businesses.  I would have been in favor of the bill if it gave a tax reduction to all the businesses.  We all should agree that giving a tax break to businesses is a great incentive for encouraging businesses to locate in our state.  This deal was $1.7 billion for Boeing, but what about all the other smaller independent businesses?  Where’s their deal?

Despite the constitutional problems, this bill was very popular with Republicans and Democrats alike and passed 23-8 in the Senate and 127-20 in the House.  One of the House members, Kurt Bahr, filed a constitutional objection and was the only one in the St. Charles delegation to vote against the bill. Among other constitutional objections, here are two of the easiest to understand:  This legislation violates Article III, Section 38 which states, “The general assembly shall have no power to grant public money or property, or lend or authorize the lending of public credit, to any private person, association or corporation…”

Here is another objection: This law violates Missouri Constitution Article III, section 40 which states that the General Assembly is prohibited from passing a local or special law where a general law can be made.  That means it is wrong to single out a special industry for a special tax break.  Here is the bill:     It clearly is designed to separate out one specific industry for special treatment.  This is yet one more example of why we need to elect people who care more about having constitutional integrity than just those who can wheel and deal.

What we should do about it:

2.)  Call your senator and representative and ask them how they voted and why.  Let them know that even special sessions in December are noticed.

3.)  If they send you an e-mail reply, please forward it to me.  I will read each one.  One of the House members already said he voted “Yes” by accident.  As a former Floor Whip of the House, I always find this humorous because I know they had ample time to consider their votes before the board closed.

Wonder why the country is not getting better?  Listen tonight for the answers!  Our guest, Robert Andrews will share with us the problems and the solutions for the decline of the family in our country.  Robert Andrews,   shares with us some wonderful stories of families that have been through difficult times and how we can win back the hearts of our children.

A little bit of Humor… 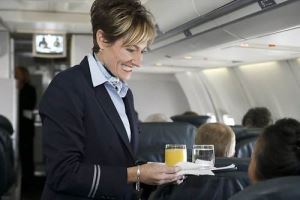 A jet ran into some turbulent weather. To keep the passengers calm the flight attendants brought out the beverage carts. “I’d like a soda,” said a passenger in the first row. Moving along, the attendant asked the man behind her if he would like something. “Yes, I would,” he replied. “Give me whatever the pilot is drinking!”