Our Nation is at the crossroads again.  The question is whether we will live within our Constitution.  When Barack Obama was offered as a candidate by the Democrat Party, very few knew the definition of a “Natural Born Citizen” and that it is a requirement for anyone running for President of the United States.  There was more discussion about this after the election than before.  That’s when I got involved.  I started studying the question and through the process learned that the problem is that most Americans have never learned enough about our country to know what the Constitution requires of us.

The confusion is caused because most people think we are talking about whether Obama is an American citizen, not realizing that a natural born citizen is different.  The concern over where Obama was born is irrelevant because his father was not a US Citizen.  That is the end of the question.  The fact that our generation is ignorant of the definition of natural born citizen is no excuse for the voters or the political parties to claim ignorance.

Obama was wrong by spending millions of dollars fighting disclosure.  The Democrat Party was wrong to put forth a candidate who was disqualified.  The Republican Party was wrong for not opposing the candidacy on legal grounds.  The media were wrong by not reporting and educating their readers and viewers.  The voters were wrong for not demanding a qualified candidate.  This country proved that being disqualified to hold the office is not enough to cost an election.

This effort led me to the point where I became a plaintiff on a lawsuit and actually flew out to California to attend the trial.  All states have the ability to alter the facts on a birth certificate.  Those who are lulled into comfort about a birth certificate’s being an accurate statement need to know this.  A birth certificate is not a statement of facts.  It is a statement of legally approved facts as authorized by the government.  The government has the ability to change anything including who is your mother, your father, the number of parents and the people who attended the birth if a judge authorizes it.  However, since all birth certificates Obama has produced so far prove that his father was not an American citizen, that settles the fact that he is not a natural born citizen.

The focus in the media revolved over whether Obama was born in Kenya or Hawaii.  Because his dad was not a US citizen, it did not matter where he was born.  Much time and attention was spent on the department of vital statistics in Hawaii and the forged document that emerged from the White House, but none of that had any relevance to the question of whether Obama was a natural born citizen or not because even the certificate stated that his father was not a citizen of the United States.

Before the Constitution, the closest reference we have to Natural Born Citizen is from the legal treatise, “The Law of Nations,” written by Emerich de Vattel in 1758. In book one, chapter 19, § 212, of the citizens and natives:

“The citizens are the members of the civil society; bound to this society by certain duties, and subject to its authority, they equally participate in its advantages. The natives, or natural-born citizens, are those born in the country, of parents who are citizens.”

This means that Barack Obama, by birth, was a citizen of the United Kingdom and Colonies because Kenya was governed by the U.K.  His mother and father were married at the time of his birth and the U.K. Citizenship was a right guaranteed through his father.  He may have had Kenyan citizenship status conferred on him when Kenya achieved its independence from Britain in 1963.  Some claim he was a citizen of Indonesia when his Indonesian step-father adopted him.  He also was most likely a foreign exchange student when he was in college in our country, but we will never know because he is not required to share this information and he has not volunteered it.

I didn’t write the Constitution, but I can explain it.  The Founding Fathers wanted to make sure the one elected to the highest elected office would have unshakable loyalty to this country.  There is no litmus test for loyalty, so they put verifiable rules in place.  The question is not about whether you agree with the Constitution.  If you don’t agree with it, there is a process whereby it can be amended.  As long as this natural born citizen requirement is in place, it behooves us to live by it.

The reason Obama was put on the ballot is because states don’t have laws requiring the Secretary of State to verify that the candidate is a natural born citizen.  Many states have laws requiring the Secretary of State to check into whether they have paid their taxes, but nothing on whether they are citizens.  When a candidate files, he signs a statement that he is qualified to run.  This case has gone to many courts, but most judges have said it is a political issue, not a legal question.  The voters had four years to think about it and then voted for the man again!  Apparently it wasn’t a political hurdle for the voters or Obama.

The voters are supposed to be the final check and the balancing force to keep our country heading in the right direction.  Therefore, the “natural born citizen” requirement is meaningless if the voters want to elect somebody who has loyalty to a one world government, has loyalty to other countries, wants to increase socialism and doesn’t understand economics.  With credentials like that, is his citizenship the biggest problem?

Now onto Ted Cruz:  He is a good senator and serves Texas well.  If we had more congressmen like Ted Cruz, we would have fewer bad laws.  However, Ted Cruz is qualified to be a US Senator, but disqualified to be a US President because his father was not a US Citizen when Ted was born.  There is no qualification to be a natural born citizen for a senator, but there is for the president.

Let’s not put all our hope in one man.  Are there no other qualified candidates who would serve our country well in the White House?  The voters can educate themselves and start sending better people to Washington in all offices.  The question is not whether Obama is being unconstitutional, but why our Congress allows him to get away with it.  Where are the checks and balances that hold us accountable?

1.)  It’s not worth it to talk with someone who won’t inform himself, but it also is not worth it to let your friends continue in their ignorance.  Share my newsletter with those who are confused and would like a Constitutional answer to this question.

2.)  Listen to our special guest, Herb Titus.  He does a great job of boiling the issues down to an understandable level.

Can Barack Obama be impeached?  How can the Constitution be fixed?  In this episode, with Constitution and Common Law scholar, Dr. Herb Titus, we learn the correct definition of “Natural Born Citizen”.

If you prefer You Tube, you can watch the Herb Titus interview on You Tube right here: http://www.youtube.com/watch?v=NN6qphBnN-E 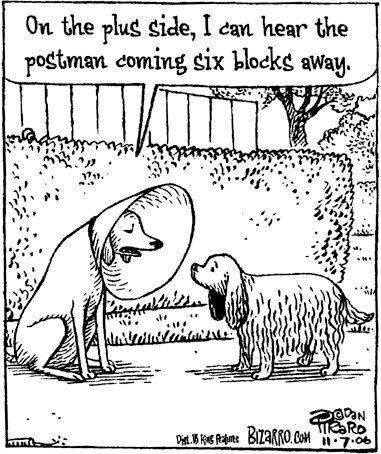