Valentine’s Day is a great opportunity to show others how much we love them.  As Mr. Rogers used to sing, “There are many ways to say ‘I love you’.”  Sometimes those on the Left accuse those on the Right of not being loving because we don’t believe in wealth redistribution.  To the contrary, we believe the greatest way to love others is to release them from the snares that hold them in political, spiritual or financial poverty.  These snares can only be opened up by friends, families, churches and communities, not governmental programs.  Government does not exist to give love or to make up for others who should be showing love to their networks.  Government exists to punish evildoers when they step outside the bounds of civil society.

Another way to love people is to share truth with them.  In a recent debate, Ken Ham and Bill Nye discussed scientific theories of our origins.    We don’t have to hold identical opinions, but we should agree that nobody was there to tell us what actually happened.  Science is based upon observation.  It is impossible to re-observe an event that only happened once.  If we can’t agree on whether God exists, we will continue to run into unresolvable disagreements on our origins.  If a person wants to disqualify all evidence pointing to a created order, his personal philosophy will distort the results.

Perhaps my involvement in the political arena allows me a greater sensitivity to political statements, but Bill Nye was clearly trying to turn a scientific debate into a political one when he started addressing the “taxpayers and the voters”.  Some of these people whose programs depend on public funding orient themselves toward a perpetual quest to extract more.  He wants public money spent on Atheistic science.  Nye encouraged viewers to continue funding science so we won’t fall behind other countries, but Atheistic science is a religion also.  Teaching students to not question, especially if it is the theory of evolution, is anti-scientific.  The only way we learn anything is to continue asking questions.  The history of science is laced with many examples of reverses.  The epic failures occurred when people failed to acknowledge they could be wrong.

In addition to Nye’s efforts to politicize, he disparaged the residents of Kentucky by saying, “Right now, there is no place in the Commonwealth of Kentucky to get a degree in this kind of nuclear medicine.”   Our states are not so territorial that we must have people trained in our state in order for them to serve our state.  Many people go out of state for higher education.   If our goal is to make sure each state has identical higher educational systems, that is not cost efficient, nor is it necessary.  Can anyone tell me why he brought this into a debate on origins?

Adding insult to injury, our side took some shots from Pat Robertson — a man who should have been on our side.  Instead of keeping his thoughts to himself, he felt it necessary to go on TV the next day and belittle Ken Ham for believing in a young earth theory.  Whether one spends eternity in heaven or hell is not related to the age of the earth.  Until Pat Robertson has spent as many hours studying the science behind carbon dating as Ken Ham has done, it would behoove him to confine his thoughts to the theological realm.

We can all learn lessons from his faux pas:

1.)  If one is confused, he should take the time to do some research before spewing ignorance in a public venue.  Attacking a fellow Christian on the public airwaves is not smart, Biblical or Christ-like.

2.)    We shouldn’t waste our time trying to be politically correct.  True science is about observation, regardless of where our discoveries lead us.  It is wrong for the Atheists to foist their world-view on us and we ought not accept anything just because an opinion is held by the majority.  Appearing to share a flawed philosophy will not pay off in more friends.

3.)  My advice to Pat Robertson is to be silent on the topics he doesn’t understand because those who already are hostile to God will only use it as fodder to mock those who believe in God.  There are not enough of us to be turning on each other.

If we teach our young students they are mere random acts of nature, it’s no wonder when they behave as if there is no morality.  Our moral behavior comes from knowing we will account to God for every thought, word and deed.

We show love to others by telling them the truth about the harm to our society caused by moral folly such as promiscuity.  This week, I interview Pam Stenzel about what we should be telling our friends and family members.  If we don’t tell the next generation about the dangers, we have let them down.  Many of the diseases and emotional damage is permanent and devastating.  I urge you to listen to our broadcast and share it with others making it possible for your loved ones to hear it as well.

Consider sending a donation to support the messages we are sharing with others.  You can mail a check to Cynthia Davis, 1008 Highway K, O’Fallon, MO 63366

This is one of our racier shows. We don’t normally talk about sex, but when dealing with the family, how can you avoid it? Promiscuity is infiltrating our homes, our TV shows and our churches. Have we allowed our children’s minds to be molested in their “health ed” classes? In this edition of Home Front, Pam Stenzel explains what effect our “hook-up culture” is having on the next generation. 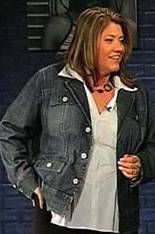 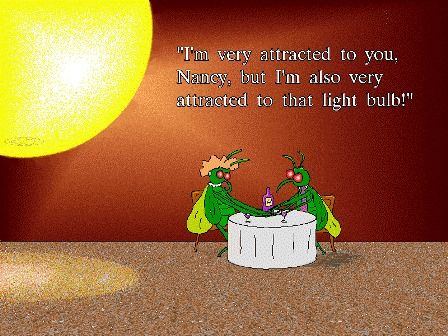