One of the best parts about the Christmas season is the opportunities to get together with others.  While most of us are spending our energies baking cookies, singing carols and shoveling snow, some state legislators are thinking about how to protect our country from the constitutional abuses we are seeing from the Executive, Legislative and Judicial branches of our government.

While the news media outlets have been carrying plenty of stories of how our congress continues to make bad decisions, most of us can only feel disappointed and frustrated.  So far, the only remedy we have been offered is to change our elected officials whenever they come up for election again.  Another election occurs, they get reelected, and we end up with another term of disappointment and frustration.

Whether you like the idea or not has to do with your perception of government.  Those who have faith in the process think this is a good way to wrestle back control from the federal government and put it back with the states.  Put very simply, those who don’t like this idea have a more cynical view of government and believe it is so riddled with corruption that any change will destroy the fragments of our rule of law that we have left.

I have friends on both sides of the issue, and I appreciate all of their hard work to secure the parameters around our government.  I believe that most of them are well motivated.  The only question remaining is whether the legislators, who are engineering the process, will have the heart of the people.

Our electoral outcomes are like a biopsy of our country.  Despite the quality of the people trying to correct our problems, if the voters would elect office holders who demonstrate a respect for the Constitution and a desire to govern with constitutional integrity, our problems could be solved.  The legal engineers are trying to find a way to call check mate on those who seek to defy our Constitution, yet the voters can also engage in the solution should the sleeping giant decide to awaken. 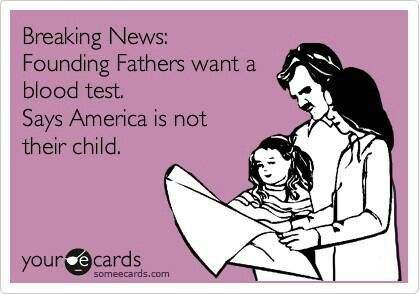 What should we do about this?

1.)  Most importantly, become informed yourself.  If somebody is going to tinker with our Constitution, we need to know what is at stake because our liberty is hanging in the balance.

2.)  Listen to our pod-cast tonight when we interview Dave Cort, an expert on the Article V Convention.

3.)  Consider sending a donation to keep my newsletter and the pod-cast going.  We need funds to communicate.  You can send a check to: Cynthia Davis, 1008 Highway K O’Fallon, MO 63366

4.)  Forward this to any of your friends who care about constitutional issues.  They need to know what is in the works.  Don’t read about it in the paper after the fact.

Are you concerned about the erosion of our US Constitution?  The Executive, Legislative and Judicial branches don’t seem to be concerned about it.  What options are available to the states to wrestle back control?  The Article V Convention is an idea being floated around the state legislatures whereby the states would get together and propose changes to our constitution.  Do you like that idea or not?

Tonight we have an extra special guest, Dave Cort, founder of the Missouri Grassroots Radio Network.  Dave has studied this question and has some thoughts to share with us on how an Article V Convention can happen and why it should happen.  If you have an opinion on the idea of making changes to our Constitution, you need to listen and are guaranteed to learn. 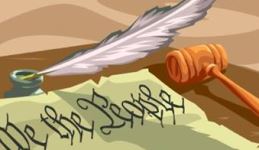 “They keep talking about drafting a Constitution for Iraq. Why don’t we just give them ours? It was written by a lot of really smart guys, it’s worked for over 200 years and we’re not using it anymore.”