We don’t talk about it much, but most of you know my husband and I own a Christian bookstore and have been operating it in our community for over 28 years.  The largest chain of Christian retailers in the Country is going away and all that’s left are the independently owned or Denominational retailers.  So many of you have been asking questions, I’ll attempt to answer your concerns by offering my personal insider’s perspective.

1.)  A lot of consumers don’t understand the importance of support for local establishments.  Some people think it’s “cool” to shop online without realizing that every purchase is the equivalent of a vote.  When people shop online, they are voting for their local shopping options to vanish and to send their prosperity away from their communities.

2.)  Some vendors circumvented “brick and mortar” by going direct to the end consumer instead of using locally established outlets.  It is impossible to stay in any business when the same folks who make a product are enticing consumers to shop direct with them and using financial incentives as a lure.  Fly-by-night internet opportunists and volunteer-staffed church bookstores eliminated jobs by competing with local businesses.

When we joined the Christian Booksellers Association in 1988, we were required to have a location open to the public at least 40 hours a week in a downtown or retail area.  Most companies we bought from required us to be a legitimate business with standard operating expenses.  The direct-to-consumer sales diminished the demand that drove customers into our stores for products and services.  Filling the needs of the community made it possible for local bookstores to pay rent, utilities, wages and taxes.  Distribution is one thing, but undercutting and shutting out local businesses to support mega-operations in a distant location destroys the community spirit as well as the local economy.

3.)  Message erosion—lack of trust in the integrity of the message.  Is it worth buying if it may not be good?  Our store has always tried to stock the best values and faithful messages, but the spiritual junk food is giving folks cavities.

4.)  An abundance of information everywhere.  Many consumers now expect everything to be either cheap or free.  Instead of enjoying the Bible, they would rather spend an abbreviated amount of time on Google or YouTube.

5.)  Younger shoppers, from middle age down, are adopting online shopping as a way of life.  I’ll never forget the hurt I felt when I realized my churches were shopping online.  When people support Amazon, they’re also supporting the distribution of pornography, violent video games and all other forms of anti-Christian godlessness.  Christian consumers are spending their hard-earned money to make Amazon prosper, to the destruction of their fellow Christians’ businesses.

6.)  Publishers implemented uneven scales by giving better terms and discounts to the “big box” retailers.  There was no voice to demand the same deals for the independents.  The FCS chain was considered “too big to fail”, so their creditors let them have the longest leash in the industry and they failed anyway.  It’s as if the independent local retailers were invisible.

So what can we learn about this?

Honor God.  How we live our lives, treat our vendors and our customers and everyone in our communities reflects our belief system.  If God is not first, nothing else matters.

Debt is bad.  Spending money you don’t have and failing to pay your obligations is not wise.  I have a hard time calling it “Family Christian Stores” because it’s not owned by a family and it’s not Christian to not pay your debts.  The only part of the name that is accurate is “Stores”.  When it went bankrupt two years ago, a judge expunged $127 million dollars of debt owed to their vendors.  Considering there were about 266 stores at the time, that’s around $612,100 in debt per store!  The chain was bought in 2012 and organized as a non-profit organization with the benefit of more tax advantages.  This makes it more difficult to understand how the debt could have gotten so far out of control.  (Their records show they had gross sales of $230 million—averaging nearly $900,000 annual sales per store.  So the amount of debt would have been more than six months of gross sales!)

Charity:  If you want to donate to a charity, donate out of your own bank account.  If you buy because you thought the business was donating to charity, it is a marketing manipulation.  FCS advertised they gave their profits to missions projects and widows and orphans.  That sounds noble enough, but cheating a company out of payments due so you can donate to a good cause is not right or honorable.  By other calculations, the amount donated was .01% of gross sales.  That means if you spent $100.00, about one penny was donated to charity!

Fairness:  Buy something for what it is worth and sell something for what it is worth.  I have had customers come into my bookstore asking for special discounts.  For one person to get a discount means others must pay more to make up for it. This results in a “thumb-on-the-scales” effect.  We don’t get discounts off our electric bills or tax bills, so it’s better for everyone to charge a fair price for everything and then everybody benefits.

In the statement to their customers, Family Christian Stores blamed the publishers and gift vendors for not giving them big enough discounts and more time to pay “so they could remain competitive.”  Competitive against what?  FCS located their stores in market areas that were already served and fought against independent Christian bookstores by undercutting the pricing integrity.

As long as the publishers cooperated with their strategy, our industry was doomed.  The publishers could take a lesson from Lifeway Publishers.  If you have a good book, you don’t have to degrade the suggested retail price to get people to buy it.

It’s been said that competing on price is the worst strategy because you lose even if you win.  This chain ate others in the industry and ultimately ate themselves.  Selling for the cheapest price is not a ministry.  Competition in our industry is not just harmless “fun and games”.

We didn’t realize how badly we were being oppressed until FCS went away.  The upper-level management of FCS did a great deal of damage to the Christian retail industry.  We were so mercilessly undersold, we shouldn’t have continued to exist this long.    FCS tried to break the backs of the local independent Christian bookstores by competing in these ways:

Is there a future for our industry?  That depends on whether the Christians want us enough to support us.  The marketplace is defined and shaped by the need.  Everyone seems to love the ministry aspect of our position, but even ministries must have a financial foundation in order to continue.  It is up to the customers to decide how to support a brick and mortar presence in their communities.

People frequently come into our store looking for donations for their charitable events.  If they shop on Amazon, why are they not asking Amazon to donate to their events?  A business in the marketplace is part of the community.  A relationship can only work if it is mutually beneficial.  The customers in a community where a Christian bookstore exists will write the rest of the story.

What are your thoughts on the purpose or the need for local Christian bookstores? 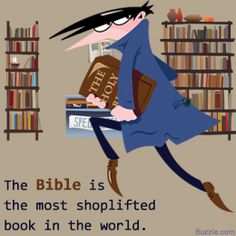 1.)  If you still have a Christian bookstore in your community, shop there.  Even if you just need a card or something very small.  It may surprise you to find that some local stores have better prices than the internet!  You will encourage the people working there and bless yourself at the same time.

2.)  If you are a pastor or a leader of any ministry, you can have a major impact by encouraging those under you to support your local bookstores.  Don’t act surprised when your  Christian bookstores are gone if you have not enlightened others about the importance of supporting your fellow Christians.  Keep the money in the family!  This will make a difference! 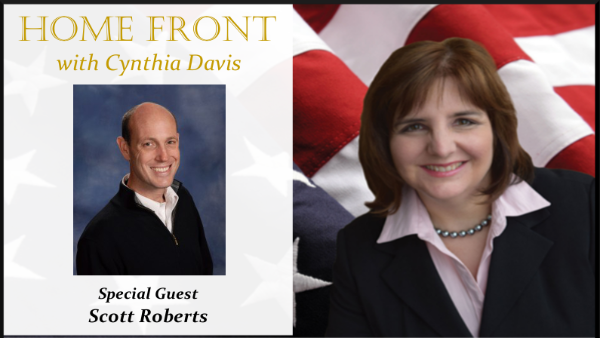 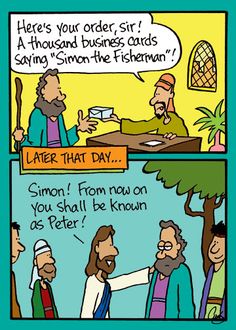