It looks like nearly everyone is happy!  Now that the Obamacare replacement bill was removed from the House agenda, both sides of the political spectrum feel rescued from a bad bill.  Democrats thought it would diminish Obamacare. Republicans thought it was too much like Obamacare.  This is a classic example of how “governing from the middle” can be a total flop.

The fact that no vote was officially taken means the Republicans lacked the numbers for it to pass and they didn’t want to humiliate themselves.  However, we can still see how the members were likely to vote because The New York Times printed a whip list for us to examine.

If the government would get out of the healthcare industry, the prices would lower themselves.  The bill Paul Ryan promoted failed to incorporate the reforms necessary for healthcare costs to deflate.  It retained the main driver behind the price escalation—the insurance mandates.

I never was able to call Obamacare “The Affordable Care Act” because it would violate my conscience to promote a lie.  Anything that did so much damage to our healthcare system by driving up prices of medical insurance, cannot honestly be called “affordable”.  Referring to it as the “Affordable Care Act” is not just a euphemism, it’s a falsehood.

Unfortunately, some of the Democrats are acting like they won just because the Republicans are taking more time to deliberate.  They should not throw it up in people’s faces like this is a win.  The blame for the damage done to our healthcare industry belongs at the feet of the Democratic party.

It’s likely that Obamacare will implode on its own.  As costs continue to increase, more healthy people will save money by getting their healthcare needs met outside the insurance model.  As the insurance pool becomes top-heavy with sick people, fewer insurance choices will be available.  History will blame the Democratic party for their promotion of a failed Socialistic experiment.

Whatever the Republicans pass will ultimately be owned by them.  That’s why those who advertise themselves to be in favor of freedom must show a clear distinction between themselves and the Democrats.  Thankfully, the lack of action shows the American people that a few Republicans won’t just pass a bill because their party wrote it.  Those who feel badly about the defeat of this bill didn’t read it either.  They were misled into thinking this would solve our problems and was a full repeal of Obamacare, which it was not!

The Republicans in the Freedom Caucus deserve credit for sparing our Country of a huge mistake.  Were it not for them, the rank and file Republicans would have passed this.  The members of the Freedom Caucus forced the other members to look at WHAT IS IN THE BILL and took the time to read it before they were willing to pass it.  They also proved that they care more about doing what is right than pleasing the leadership of their caucus.

Those of us in favor of limited government just won a tremendous victory.

This cartoon summarizes the problem: 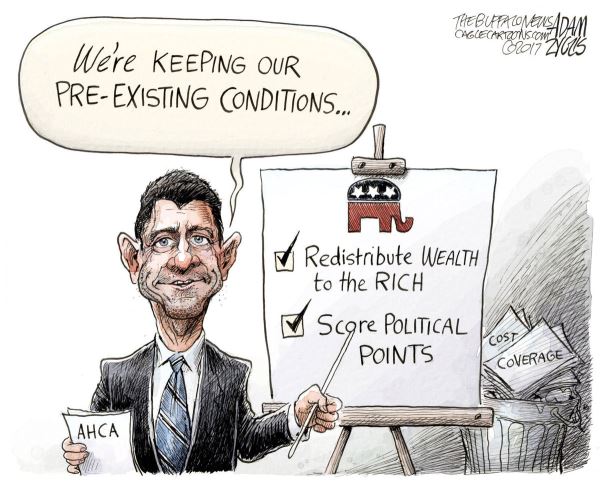 What were your thoughts on the Obamacare replacement?

I am optimistic that the Congress, FOR WHATEVER REASON, just veered away from more anti-Constitutional Socialism.  Don’t get confused over personalities and the players on the field.  Just be glad we dodged another bullet!

You’ll enjoy hearing our show this week as we talk with Constitutional Scholar, Herb Titus.  He holds up the Constitutional measuring stick to share how we’re doing. 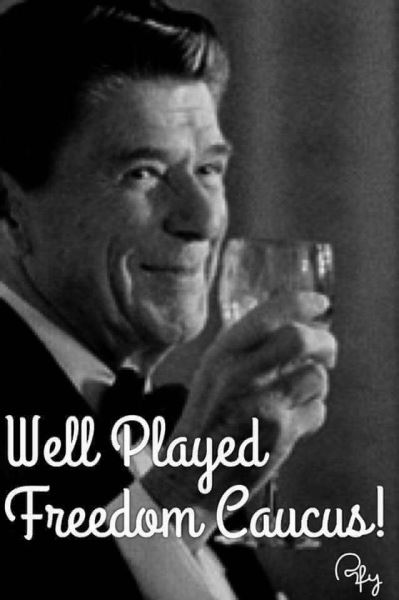 1.)  Let’s send them a message!  We elected them to uphold their constitutional duties.  Look at the bottom of this article to see if your representative was planning on voting for the replacement bill.  Although no vote was actually taken, use this as a teachable moment.  Tell them they work for “we the people”, not the lobbyists!

If you’re from Missouri, you  need to know that all of your Republican members of Congress were planning to support this bad piece of legislation:

2.)  Invite me to speak.  If you have an event where you need a speaker, please let me know.  I am dedicating my energy on the places where I can make the greatest difference.  Please let the meeting organizer know that I can help your group understand the intersection of government and families in a way they may have never known before.  If you want me to come and help your efforts to educate and motivate your network, please click this button here: 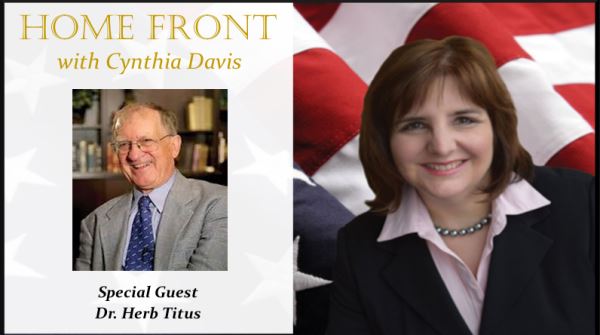 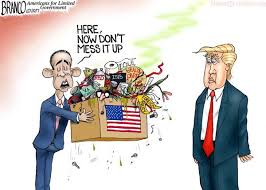