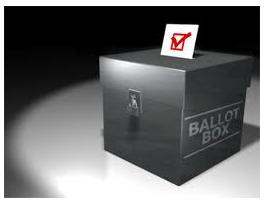 I am so excited, energized and ready to start the next chapter in this Lt. Governor race!!!  Yesterday the voters spoke.  Most of them didn’t want either of the alternatives.  For those of you who’s candidates lost, I offer my heartfelt sympathy.  But it’s not over—I now stand up to offer a choice for our values—life, liberty and being constitutional!!!

In case you didn’t see my name on the ballot, that’s okay because I won the primary election and now will move onto the November ballot.  Although I didn’t have much in the way of opposition, it is one more landmark behind us.  Now onto the General Election!

The purpose of the primary was for each political party to determine who would be the best challenger to put up against me for the general election.  The candidates  will do their best to try to convince the voters of why they have the best haircuts and why all the others are low-life scum, but at the end of the day on November 6th, the taxpayers will be paying for a binding poll between me and the others.

Some worry about the most effective strategy for unifying those who share our values.  Please encourage those who worry about “splitting the vote” with these comments:

The Math Predicts A Success for Us:  More people voted against the nominees from the Republican and the Democrat party than the people who voted for them.  This is good news for us.   If R + D may equal 60% of the vote, but the R gets 30% and the D gets 30%, C wins with 40% of the vote.  In a true three-way race, we don’t need 51% to win.  We can win with only 34%.  That makes this far more possible.  An increasing number of those who formerly affiliated themselves with the Republicans or Democrats are disappointed with the leadership of this state and country and are asking themselves what we can do to make things better.

Stocking Jefferson City up with more Republicans than ever before has not helped.  People are waking up to the fact that “The Emperor Is Naked”, and the elected leadership of both parties is responsible for tanking our economy.  Desperate times call for desperate measures.  The voters are not believing the hype they bought in the past and are becoming more informed than ever before.

Our founding fathers said it best in the Declaration of Independence when they said, “When in the course of human events, it becomes necessary for one people to dissolve the political bands which have connected them with another…”.  Some people treat their political party like a cult and will blindly follow the leader even to their death.  You can throw away your vote on the status quo again and get more of the same old song and dance, or you can join me as we do our part to make Missouri a better state.  This is the question the true patriots are asking themselves.

To be pragmatic about it, the political parties should pay the bill for this poll since they are the ones who are benefiting from it.  Were there no political parties, we wouldn’t worry about who is taking which ballot.  Our current system is likely here for a very long time.

Your thoughts on the election are important to me, so please share what you think here:
Mail to Cynthia 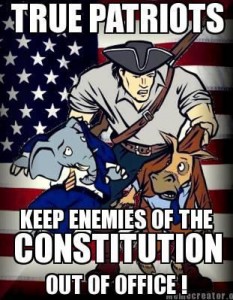