It is wrong when the government passes laws to put one class of people above another.  You’d think with all the complications with budgets, crime and immigration the legislatures would be busy enough working to move us forward.  Proposals in both State and Federal governments are not focused on real problems, but rather on what people do in the privacy of their homes.  If people were acting outrageously in public, I can imagine it being a priority bill, but since when do we need new laws for people doing something nobody sees?  One’s behavior in the bedroom should not precipitate a governmental event.

Laws pertaining to deviant behavior are designed to make a segment of our society feel affirmed and validated (not the purpose of government).  They also are designed with sharp teeth for those who want to harass others in a court of law and force societal acceptance of diviancy.  Laws can have an impact on our practices through fear of lawsuits, not because of newly found moral convictions.

The goal of these bills is to shift our public morals and assuage the guilt of those who know their behavior is wrong.  Hollywood has been trying to do this for years and now the lawmakers in both major political parties are trying to force this on the general population.

We are now at a place where these people are getting more protections than the Christians!  What if we made a special law to protect every group of people that exists?  Oh yeah, that is what we have already!!!  It was addressed before we were born!

The Declaration of Independence says, “… all Men are created equal…”

The Missouri Constitution says, “All persons are created equal and are entitled to equal rights and opportunity under the law.”   What part of “equal” do we not understand?

The leadership of both political parties think they need more laws, yet the current laws already have everything we want!   This is just one more consequence to having term limits.  The newbies think more laws will fix our problems (or at least will fix their re-election problems).

I feel sorry for all of us because in these culture wars there are no winners.  Respect for the family and the autonomy of the family are issues that are losing ground.  We have lost most of our cultural battles since the 1960s.  The slide of increasing Socialism is pervasive.  The Left is persistent.  Even when the “Progressives” win, they are never satisfied.  They’re always looking for the next battle to take us further down the cultural slide.

Yet, there’s a small glimmer of hope in every new generation.  Each person still has the right to direct his or her own course.  It’s still possible to know right from wrong.  The Roman Empire fell, but it was replaced with something better.   I urge you to listen to our show today to learn how we can win.

Do we need new laws to dictate special status for those who defile their bodies?

This new privileged status for sexual orientation and gender identity under the Civil Rights Act would dangerously affect women’s rights, free speech, freedom of conscience, and religious liberty. A lesser-known but equally significant impact would occur in the public school system.

2.)  Ron Calzone in Missouri needs our support and encouragement.  Write your comments of affirmation to the Kansas City Star and then share them with me so I can be encouraged also.  These battles are hard fought and we all need some affirmation to keep going.

Here is his appeal:

Who will stand with me?

Wednesday I testified against the MONA bill in the House general laws committee. The bill would add the LGBT spectrum of behaviors to the protected classes in the Missouri Human Rights Act.

That bill would undermine property rights and freedom of association.

It would force schools to allow boys with gender dysphoria in the girls locker rooms.

In fact, I contend that the MONA bill is tantamount to enacting a slavery statute, since it would force people in the private sector to provide goods and services against their will.

Isn’t that a form of “involuntary servitude” mentioned in the 13th Amendment?

*Everyone* at the Capitol seems to be afraid to speak out against the LGBT movement to undermine our right to use our time, talent, and other property as we see fit. I am not.

Nowhere have I said who I would or wouldn’t choose to associate with, I have only said that no one else has the right to tell any other private individual who to associate with or how they should use their property.

The Kansas City Star editorial board is trying to paint be as a bigot. If there is *anything* I am not, it is a bigot. I think it is a sin to be a bigot.

Please read the (lengthy) first comment below this. That comment is the content of an email I sent to the Editorial Board when they asked for input for their op-ed.

Then, please comment on the article to show that there are still some people in Missouri who won’t be rail-roaded. 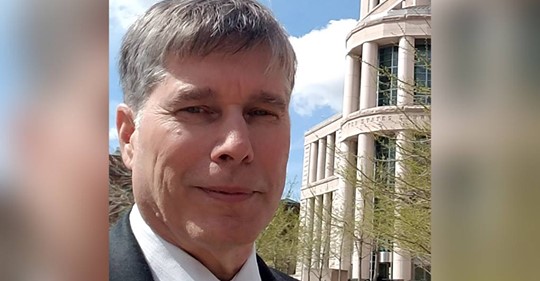 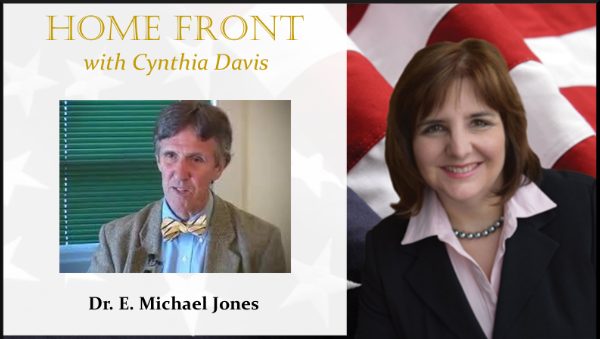 If you haven’t figured it out yet, we’re in a culture war. In this episode of Home Front we talk about Notre Dame, how cities are destroyed, sex education and more, including sharing with you what you can do about it.

Our guest is E. Michael Jones, the editor of Culture Wars magazine, author of numerous books, and a frequent lecturer. 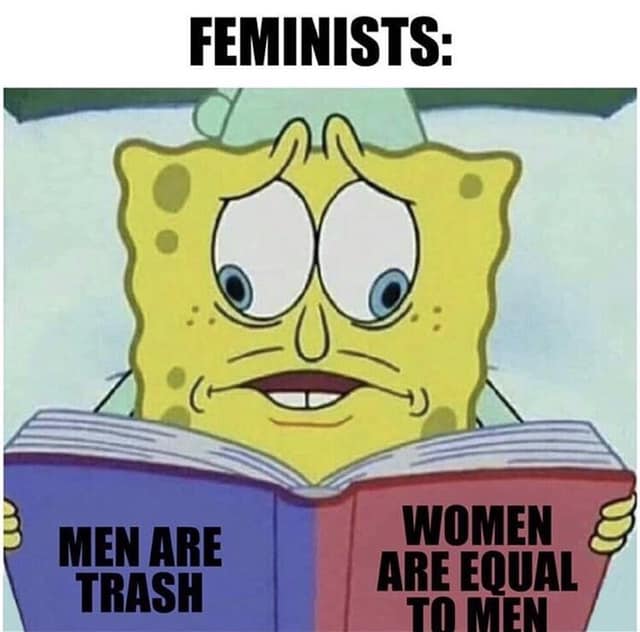