Some of you are trying to process what just happened last week.  The voters demonstrated what is important to them.  Most of the candidates who were higher on the moral, conservative and Constitutional scale lost to bigger government candidates.  There were a few exceptions, but in every election there are always electoral disappointments that sadden me even beyond my own.

There is no question our Country is shifting to the Left end of the political spectrum.  The question remains how we should deal with this new reality.  My deepest gratitude goes to my family and my faithful volunteers.  They walked with me in five parades, painted floats, put up signs all night long, cooked us meals, collected money at our fundraisers, designed our website, posted new content on our website, made video recordings, sent out newsletters and —most importantly—prayed for me.  That was huge.

I also thank more than 30,000 voters who selected me on their ballots over the incumbent  They demonstrated above average cognitive skills and an ability to think through complex issues such as economics, morality and the benefits of limited government.  Although there were more who voted for the incumbent, those who did so demonstrated that they like bigger government, more intrusive government and more expensive government.  They also forfeited their chance to complain in the future about what comes out of their Congressional offices.

It is important for me to take a moment to thank Blaine for not going nasty on a severely underfunded candidate.  Once he could tell I didn’t have the Washington Cartel or any special interest groups behind me, he laid his guns down.  With $1.7 million in his bank account, he could have blown me to smithereens and I would have had no way to defend myself.

Through the process I discovered that the so called, “conservative” groups have lost their opportunity to complain about Congress since they were “no shows” when it mattered.  The day before the election, a constituent asked me about where my money is coming from.  The answer is that it came from some amazing people who believe in our values.  While I would not have been opposed to it, I didn’t receive even one check from a PAC or any grassroots organization.  It truly is remarkable when you think about what a great campaign we ran on a mere fraction of the money we spent on other state representative and even municipal races.

How do conservative organizations ever expect to make any progress when they don’t do anything to change the electoral outcomes?  Are they so used to defeat that it’s simply not worth it to them to make some effort?  Even if their candidates lose, they need to think about the value of the message.  Why wouldn’t they give some money to a faithful messenger who can deliver the message during a campaign — which is the only time most voters are open to being educated?

This was a worthy effort and some good was accomplished by my candidacy.  The most notable difference is that Blaine’s voting record surprisingly improved after he was on notice we are serious about wanting reform.  Once he discovered he had an experienced challenger, it reminded him that he needed to work for his district and not for the lobbyists.  He also started showing up for a lot more events and was forced to interact with his constituents.

He is now on notice that he will attract a challenger if he keeps going outside the lines.  One evidence of this is his Heritage Action Scorecard went from a 49% when I filed to a 60% by election day!  He’s still near the bottom of the Missouri Republican Delegation, but we have seen some improvement.  It cost me about four months of my life and some of my own money, but it made  him aware that we did notice.

You can count on me to continue to be a strong advocate for YOU and for our VALUES!   There is still a need for our weekly newsletter and the Home Front Show.  We are more committed than ever to making sure we shine the light in the darkness to help others find the path.  My commitment is to being a faithful witness to the truth in all arenas!

If you need some encouragement, just consider that there have been many people who were more effective outside government than functioning within governmental structures.  A few examples of these are Phyllis Schlafly, Star Parker and Mother Theresa.  Like them, I am committed to being a strong advocate for Constitutional government.

You are part of helping me to continue to be a faithful and tireless beacon of truth.

We went into the red, but felt it was necessary to finish as strong as possible.  If you would like to help us bring the balance back up to 0, we would be very grateful.  We only need a little more to make that happen.

Let me know your thoughts on the election last week in the comment area below.

We spent some funds on last minute ads and phone calling.  If you want to help bring us back up to a zero balance, that would be very helpful.  If ten people send us $100, that will take care of the remaining debt.  However, if you can’t do that, even $25.00 will make a huge difference.  If you’ve donated in the past, we want you to know that our campaign funds were spent very efficiently and we received a tremendous number of votes for the money we invested in making people aware of our campaign.

The campaign bank account is closed, but if you want to donate to the Home Front Show, we still need to replace some worn out peripherals. 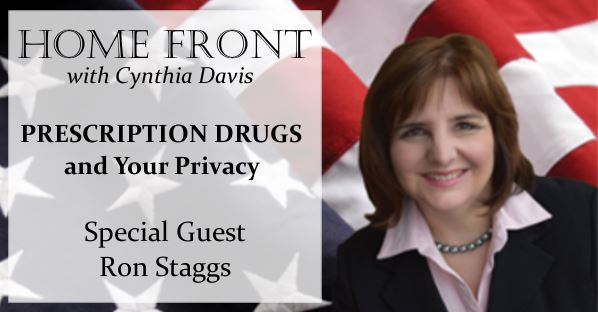 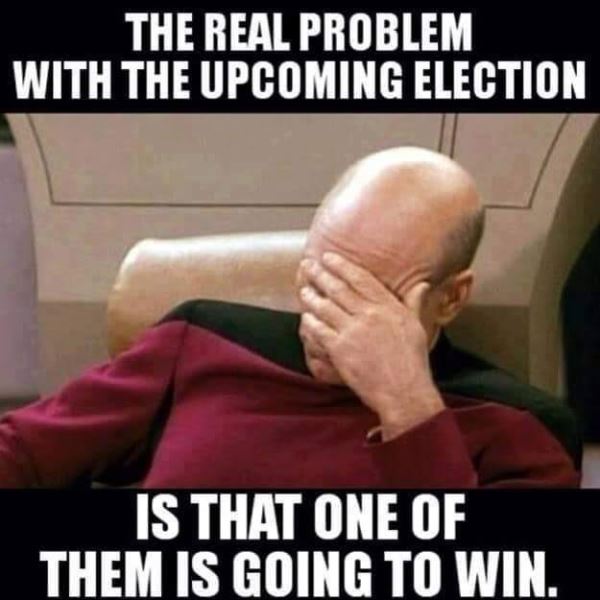