Our constitution was based on the Judeo-Christian principles.  Put simply, Muslim laws conflict with ours.  Some examples include our freedom of speech, freedom of religion and the way women are treated.

Usually more laws mean less freedom.  In this case, a law passed in Missouri is designed to limit judges.  Missouri joined seven other states by passing a law to assure us that our judges won’t implement standards based upon the practices of foreign countries.  Some of the more repugnant practices include wife-beating, be-heading, female mutilation and other evil and inhumane practices.  In other states, some judges have shown deference to the Muslim culture.  We are in trouble if we don’t clarify this before it starts happening in our state.

If you are unaware of the harm on the horizon, we can learn by observing problems other governments are now facing.  These two videos offer a description of the problem:
VIDEO 1
VIDEO 2

Here is a quick chart showing conflicts between Sharia (Muslim) Law and the U.S. Constitution:

The Governor made national news last week by vetoing this anti-sharia law bill. Our governor is also a lawyer and most likely vetoed it because he was feeling defensive the rights of judges.  While I am not aware of Sharia Laws being implemented in Missouri, it has already happened in other states and will be here soon.

Sharia Law is already destroying Europe.  It is now necessary for our government officials to protect our way of life and our liberty while we still can.  Of all the duties of our legislators, the primary one is to protect and defend our constitution.

We will see in September if the “veto-proof” majority in the legislature will actually over ride his veto.  It is appropriate for us to demand loyalty to our country from all of our elected officials.

Doug Edleman, author of Restoring a Once Great Nation, will be joining us tonight as we delve into the topic of how we can restore our once great nation.

Your thoughts on the direction of our country are important to me, so please share what you think here:

Tonight we will be talking with Doug Edleman, author of the book, Restoring a Once Great Nation.

Join us from 8-9 tonight by going to:

Listen on demand at – https://www.cynthiadavis.net/a-once-great-nation/ 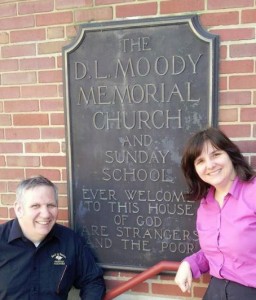