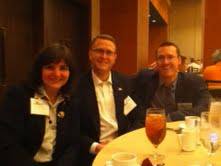 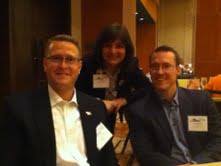 A few weeks ago, I met with Washington State Representative Matt Shea and Tim Baldwin (son of Chuck Baldwin) at the Constitutional Sheriffs and Peace Officers Convention in St. Charles.

You might remember when John McCain was running for president, he told the nation that the other senators call him, “The Sheriff”.  Either he was only kidding or the other senators were ignorant of the duties of a sheriff or they would have known the nick name did not apply to him.  Tonight we have a show with Sheriff Richard Mack, a man who is more worthy of the title, Sheriff, than most.  He took the time to study his oath of office and commit to actually performing the duties required—to preserve  protect, and defend the Constitution of the United States.  For him, as it was for me, public service is not just a job—it’s a calling.  Unlike most officeholders, we believe our accountability will be measured at the end of our lives by the Ultimate Judge for every thought, word and deed. END_OF_DOCUMENT_TOKEN_TO_BE_REPLACED