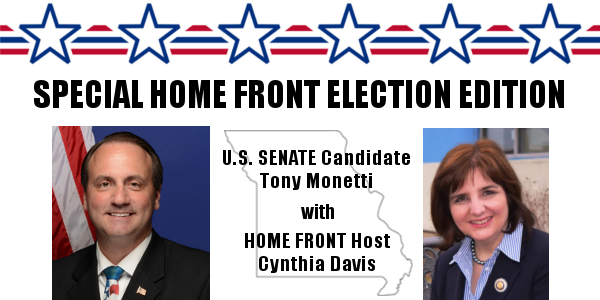 Today we interview U S Senate candidate, Tony Monetti.  Tony spent over twenty years in decorated military service. He flew a B-52 to destroy infrastructure in Saddam Hussein’s Iraq. He later joined elite airmen handpicked to pilot the then-new B-2 Stealth Bomber in global combat operations. He received the Distinguished Flying Cross for bravery. Promoted to major, he became the 509th Bomb Wing’s safety chief at Whiteman Air Force Base.

An election is right around the corner and we need to know what the candidates are thinking.  This show is a continuation of our efforts to probe the people who want to represent us in Washington DC.  You’re about to hear what’s going on behind the three second sound bites.