While I was in the House of Representatives, we had an annual “State of the State Address”.  I served under two different Democrat Governors and one Republican Governor.  My colleagues showed me how we could clap without it making any sound, so we would appear cordial for the cameras while not lending any support to bad ideas.

When his speech started, I thought the ladies in white were nurses.  Some people thought they looked like pastry chefs.  After awhile it became obvious that they wanted to dress alike so we could tell they are forming a team.  How unfortunate that we can’t just all be Americans.  The women in white applauded more for themselves getting elected than for anything else.

I loved it when the President said early in his speech, “Victory is not winning for our Party.  Victory is winning for our Country.”  Many people in the opposition party had trouble clapping for that.  The Democrats couldn’t even clap for the idea of putting human traffickers out of business.  What does that tell you?
He want on to say, “…we must reject the politics of revenge, resistance, and retribution — and embrace the boundless potential of cooperation, compromise, and the common good….We must choose between greatness or gridlock, results or resistance, vision or vengeance, incredible progress or pointless destruction.  Tonight, I ask you to choose greatness.”

Nancy turned it from being one of the great comments of the speech to all the attention on her snide behavior, clapping in Trump’s ear.  It looked juvenile, sarcastic and unprofessional.  But, is this unexpected from the same person who refused to allow the speech to be delivered in “her” chamber during the shutdown?

We need to realize that those opposing America don’t play by the same set of rules.  We need to call out those who are trying to fight their ideological battles by using pettiness or mean tactics.  Nancy was the only person in the chamber who appeared to be more interested in reading than listening.  Was she concerned that the President would go off script?  Twice she was so busy reading her papers that she didn’t realize everyone had sat down and she was the only one left standing!

The economy is growing, so that is something we can all feel good about.  How a Democrat could not applaud people getting off welfare tells you what they value.   Increasing government dependency creates a voting block to put more Democrats into office.

This was the best line of the speech:  “Let us work together to build a culture that cherishes innocent life. And let us reaffirm a fundamental truth: all children — born and unborn — are made in the holy image of God.”  Of course, the Democrats were not able to applaud for that.  Yet, Nancy Pelosi comes to the defense of MS-13 gang members and the illegal aliens, but has no idea that killing our own pre-born children is wrong.

It’s unthinkable that the idea of creating a culture that cherishes innocent life would not receive unanimous support!  Some people just don’t share our values.  The scariest part is that they are elected to represent us!  This is not just a random group of people walking down a street.  These are people who have the power to write laws to diminish our freedoms.

Here are the parts of the speech where Conservatives should not have clapped: the President said he wants the Federal Government to give more taxpayer dollars to cancer research, AIDS research and make a law to force the taxpayers to fund a PAID family leave when there’s a new baby.  Apparently, this caused my representative to scream with delight.

Sheesh!  Having given birth to seven children, the idea sounds nice, but why should the taxpayers pay for it?  Your employer can give you time off for any reason right now without a law.  The only difference is that currently the private sector pays for it and this proposal forces your neighbors to pay for your time off.  It may sound warm and fuzzy, but why do we think this is the proper role of government?  It’s creeping Socialism.

He also said, “All Americans can be proud that we have more women in the workforce than ever before.”  No, this is not an accomplishment.  Women have always had the opportunity to work outside the home.  It’s actually a sign of our economic prosperity when women have the luxury of staying home, allowing them the time to focus on domestic issues like caring for their own children, neighbors or elderly parents and being free to volunteer in ways that help others.  So, can anyone tell me why this is advancement?

If more women are in the workforce, specifically taking 58% of the new jobs, a percentage of those women are moms.  That means more children are going to be raised in daycare.  Is this progress?  This is more creeping Socialism and is not a good measurement for the health of the family.

One last hard point:  The President said, “As part of our commitment to improving opportunity for women everywhere, this Thursday we are launching the first ever Government-wide initiative focused on economic empowerment for women in developing countries.”  Why are we spending our tax dollars to help women in other countries?  This is a function of charities, not governments.

The President should have encouraged us to invest in charities that help third-world countries, that is the right message.

This is off topic for the mission of the United States Government.  The job of our government is to protect our Country.  We should encourage other countries to do what is right by their citizens, but who do we think we are to tell them how to run their countries?

Why just women?  Is there something wrong with helping men?  Where in the Constitution does it address doing world-wide efforts to do economic empowerment for women in foreign countries?

At least his speech offered opportunities for the Democrats to join in with their applause.  Except for the times when they looked mad that people are getting off welfare, more people are employed and we’re more prosperous.

It surprised me and probably surprised many Democrats that so little was said about the importance of building the wall.  Those opposed to the wall have no answer for how to stop the flow of deadly drugs, gangs, horrible diseases, human trafficking and rapists across our Southern border.

One quote that clearly exposed the Socialists from the rest was when he said: “Tonight, we renew our resolve that America will never be a Socialist country.”  However, I question if this is true.  If people like Bernie Sanders and  Alexandria Ocasio-Cortez keep adding to their numbers, we should not be so naive.  As hard as it is to believe, for some people, this was not good news.  The true Socialists were not clapping when the President said this.

By the end, here was another great comment:  “This is our future — our fate — and our choice to make. I am asking you to choose greatness.  No matter the trials we face, no matter the challenges to come, we must go forward together.  We must keep America first in our hearts. We must keep freedom alive in our souls. And we must always keep faith in America’s destiny — that one Nation, under God, must be the hope and the promise and the light and the glory among all the nations of the world!”

May we make this true in our Country!

What did you think of the State of the Union Address?

1.)  No elected official is perfect.  It is proper for us to point the the places where they are wrong and thank them when they are right.  What the Democrats are doing to Donald Trump is wrong on many levels.  Do not give credibility to their presidential harassment.  This hurts our Country.  The Republicans could have done this to Barack Obama, but they didn’t!  It is an abuse of power.  Nancy Polosi has made it clear that THIS IS HER HOUSE.  She has the power to set up investigations of anyone, so she’s using this power as a bully tactic to cause him to be discouraged.   Their pursuit is not justice.  Their goal is to obstruct, distract and retard the progress of ideas that make us strong.  We should call our members of the House and tell them to stop these frivolous investigations now!

2.)  Listen to our show.  Share our newsletter and this podcast with someone who may need it.   You can hear our show here. 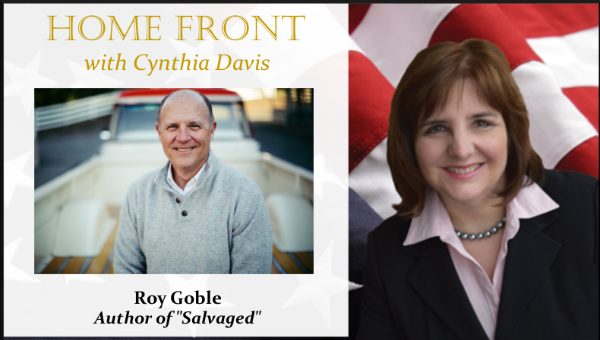 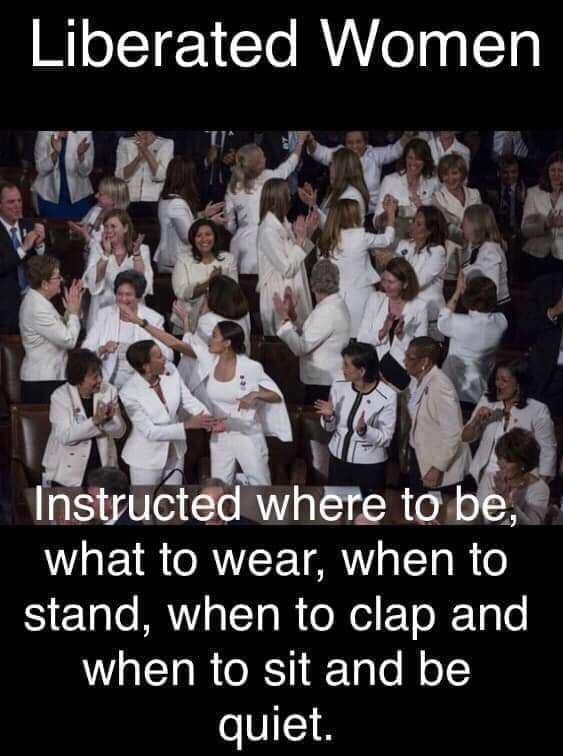